Tiger Woods and Lindsey Vonn started their day off doing the school run in Florida on Tuesday. The sporty couple were photographed escorting Tiger’s children, Sam & Charlie Woods to their Palm Beach school. 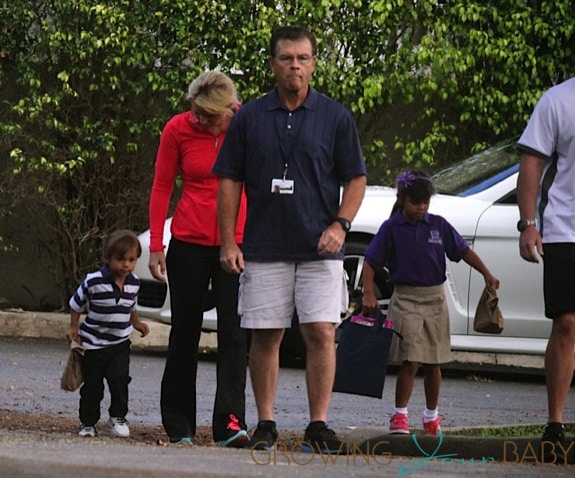 Since formally confirming their relationship in March the pair have been inseparable.  Lindsey has been spotted in the crowd at his golf tournaments and she was also his date for the MET Fashion Gala earlier this month. 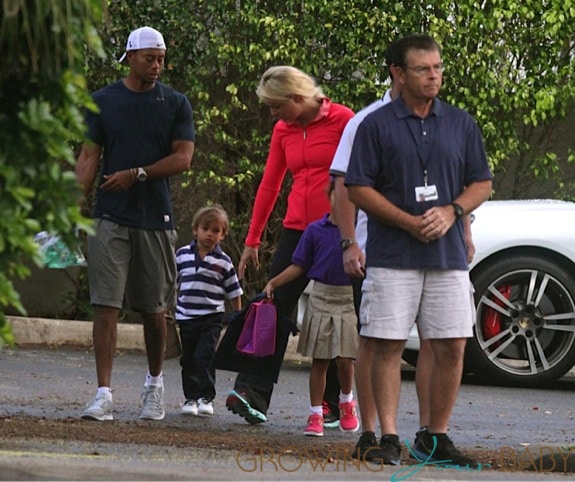 Next week Tiger will head to Dublin, Ohio where he will play in the Memorial Tournament at Muirfield Village Golf Club.  Lindsey is currently sidelined while she rehabilitates a knee she blew while competing at the World Skiing Championships in Austria earlier this year.  Now that she has her knee brace she recently revealed that she hopes to start skiing again in September.

With a few months to go before she hits the slopes again, maybe we will see more of her on the PGA tour.