New York-Presbyterian Hospital has revealed that they performed a life saving liver transplant on a premature baby weighing only 4 pounds, one of the smallest babies to successfully receive a liver transplant. 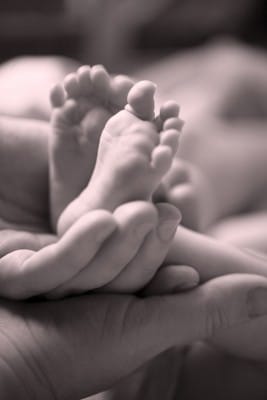 The baby girl was diagnosed with advanced liver failure shortly after her birth. Born 10 weeks premature, the tiny girl needed a transplant quickly to keep her alive. She waited in the neonatal intensive care unit of the NewYork-Presbyterian/Morgan Stanley Children’s Hospital for nearly two weeks waiting for a donor organ to become available. During that time she suffered dangerous fluid buildup in her abdomen and difficulty feeding.

Despite the need, her small size was a complication for doctors.

“Performing a transplant in a premature infant this size is a major challenge where any technical issue would have been fatal, but it was the only option,” says Dr. Kato. “Most babies born with her condition would not have the chance to grow up. This surgery shows that transplantation is possible — although only at an academic medical center with appropriate resources and only with focused teamwork and dedication.”

To add to the strain, the donor organ was too large for her tiny body and was not a matching blood type. Doctors had to work around these issues to perform the transplant successfully. The surgeons created and artificial abdominal wall for the girl using a special mesh called a Gore-Tex mesh.

“Unlike other organs, the liver has the unique ability to adapt itself to the patient’s body. In this case the organ is making itself smaller. As she grows, her new liver will grow with her.”

In the weeks after the transplant, the tiny girl began making huge improvements. She began to recognize her mother, and smiling at her. The Gore-Tex mesh was able to be removed and her abdomen was closed. She was moved up from IV feeding to a feeding tube, and doctors expect her to continue recovering well, despite the mismatched organ.

“While she is on immunosuppressant medication and received a blood-type mismatched organ, rejection is usually not a major issue in babies, whose bodies can more easily accept an organ than someone who is full grown,” says Dr. Lobritto.