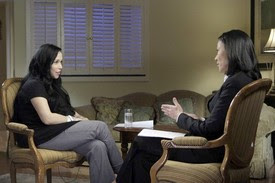 TLC president Eileen O’Neill has confirmed several production companies affiliated with the network have contacted the 33-year-old Californian mom Nadya Suleman — who gave birth to octuplets last month — about the possibility of developing a reality series.

“We’re certainly watching [Suleman’s] story unfold,” O’Neill told EW. “There are a lot of decisions that go into greenlighting a family for any of our shows. What kind of characters are they? How would they come across on TV?”

Nadya’s story has received a lot of media attention and public scrutiny since she already had six other children under the age of 7 before having the the octuplets. All of her children were conceived via in vitro treatments and she also receives food stamps.

The network knows that their audience is vocal, so they have a [waiting] period to see if there’s something that we as a network feel makes good sense.

Know for their projects involving large families, TLC is expected to premiere Table for Twelve — another reality series about a New Jersey couple with sextuplets and two sets of twins — sometime next month.

I hear a boycott coming. The world is NOT fond of this woman. The last thing anyone wants is to see her benefit financially from this horrible situation.

The sad part is that the kids will be ones to suffer from the backlash. The octuplets are going to need a lot of care, a clean environment and lots of space when they come home. This money could definitely provide that.

This is such a crummy catch 22. All of these kids deserve to have every opportunity to succeed, but instead they will spend the rest of their lives competing for their mom’s time.