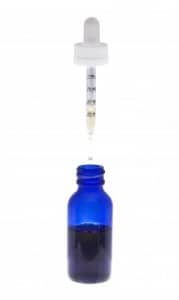 Kerri Caldwell took her three-year-son, Sam, to the Ulster Hospital emergency room in Northern Ireland for a cut above his right eye. She left with the hospital with a traumatized son who’s eye was now glued shut.

Sam had been upset after the accident that caused the cut in his Newtownards home, but mother Kerri said she had been able to calm him down before seeing the doctor. She told the Belfast Telegraph, “he was being very good,” while the seeing the doctor that administered the glue to his right eyelid. That calm didn’t last long.

“After about 20 minutes, the doctor told Sam to open his eyes, but he couldn’t. His right eye was completely glued shut. She had put too much on his lid and it had slid around in his eye,” Kerri stated. And is if gluing his eye shut wasn’t shocking enough, the mother also reported that no one came to hers or the child’s aide.

“No one came near us. Sam was getting more and more upset, crying and screaming, but no one in the hospital came back to us,” she stated. But finally, someone responded to the upset mother and child. “A consultant then told me that the glue would have to wear off. He said it would take a minimum of four days and said ‘he’ll get used to it.”

Poor little Sam is now scared to open his other eye. Mom is livid. (I would be too!)

“I am annoyed that this happened,” Kerri told reporters. “He went in with a minor cut and came out with a glued eye.”

But the hospital refused to accept any responsibility or show any remorse in their statement. A spokesperson for the hospital told reporters,

“Unfortunately, it is a well-recognized complication that the glue can leak before it dries. In most cases, lukewarm water will loosen the eyelashes, but otherwise this will occur naturally within one to three days.”