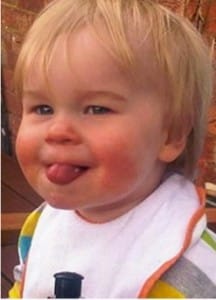 When you take your child to the hospital because they are you assume that you’ll leave with peace of mind. You expect your child to be better when you leave the hospital, or, at the very least, that you’ll walk away knowing what is wrong with your child and whether or not they will, in fact, get better. A UK couple did not receive the courtesy, and after three different visits to the hospital their toddler died of illness-related conditions.

When Lucy and Raymond Connolly first took their son Harry to the hospital on April 26 of last year, he was vomiting and had loose, bloody stools. The 19-month-old was admitted to the hospital and discharged the following day. The hospital’s records indicated that he was “responding well to treatment.” He left with what is known as an “open access agreement,” which allows patients to return to the hospital if they aren’t getting any better.

On the night of April 30th, the night after his visit to the out-of-hours center, Lucy and Raymond put their son to bed. Early the next morning, they awoke to a stiff, cold body where once a vibrant young toddler had slept.

The postmortem examination indicated that Harry had died of dehydration and acute kidney failure, both of which were brought on by an inflammation of his colon. The report prompted a full-on investigation of the procedures carried out by the hospital regarding little Harry’s illness and death and it was found that policies and procedures regarding basic patient care had not been followed. Harry was only weighed once in the three days he had been examined and no one bothered to draw blood work to try and determine if there were any underlying causes for his deteriorating condition. Had he received the care he desperately needed, he might still be here today.

At a hearing over the case, the medical director for Northampton General Hospital NHS and Trust said,

“We wish to offer our deepest sympathies to Harry’s parents and family and say sorry to Mr. and Mrs. Connolly for the failings identified today by the coroner in the care of their sun. The trust fully accepts the narrative verdict. I would emphasize that, as the coroner noted during the inquest, we have already undertaken a full investigation into what happened and shared the results with Harry’s parents. Following that investigation, we made a series of changes during the past year to the way we care for children as a result of the lessons learned from this case and we remain committed to constant improvement in quality.”

Unfortunately, all of the apologies in the world can’t bring their son back, and the couple says that they will never forget the events that led up to their son’s death, nor will they ever get over their loss. For them, the hospital changes are too little, too late.

She also encouraged all parents to trust their gut when it comes to medical care for their children, saying,