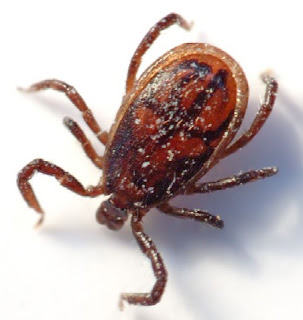 A 3-year-old Australian boy has been on life support for almost two weeks after a tick stayed unnoticed behind his ear for several days.

Matthew Williams awoke on Oct. 28 with double vision and was unable to walk unassisted, so his mother Toni rushed him to the hospital, but tests came back negative.

When the toddler’s father Paul searched his symptoms on the Internet and found an Australian paralysis tick could be the suspected culprit, the pest was found within minutes.

“Once we found it, we were excited and thought he would be alright, and he’d just need the night to rest and then he’d be back to normal,” Toni Williams said.

However, doctors explained that patients often deteriorate over several days before they recover as the toxins dissipate in the body.

Matthew was transferred to Mater Children’s Hospital in South Brisbane, Australia, where he was sedated and put on a ventilator.

His mom told an Australian News Source that her son is

“improving, but he is not out of the woods. Every day we see more improvement, and doctors say he is doing everything according to the text book.”

Some of the diseases you can get from a tick bite are Lyme disease, ehrlichiosis, Rocky Mountain spotted fever and tularemia.

Some ticks are so small that they can be difficult to see. Ticks may get on you if you walk through areas where they live, such as tall grass, leaf litter or shrubs.

If you’ve received a tick bite:

See your doctor if you develop:

If possible, bring the tick with you to your doctor’s appointment.