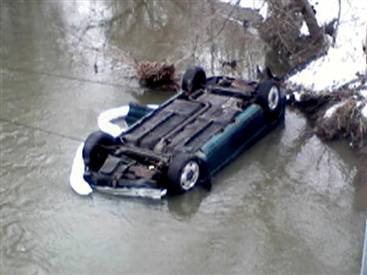 An Ohio toddler surprised everyone when he miraculously recovered from an accident that left him trapped and submerged for almost 20 minutes in an Ohio creek.

On February 24 Laura Adams picked up 2-year-old twins Lexi and Troy after her shift at work. Tired, she fell asleep at the wheel and started drifting off the road. Even though she tried to gain control, her car collided with a guard rail and plunged into the freezing water 3 feet down a creek.

Laura, who was not wearing a seat belt, swam out of the window and tried to get her twins out of their booster seats in the back. The effort failed and in desperation Laura waved a passing motorist for help. Together they tried again and this time, were able to rescue Lexi who had been in water for more than 5 minutes and was not breathing.

“At first, she wasn’t responding. About the time the paramedics showed up, she started puking and breathing on her own,” says Laura.

Troy was still in the water, locked in the wrecked car. As rescuers poured in, they cut the car and hastily freed the toddler who had been submerged in cold water for at least 15 to 17 minutes. His body showed no signs of life. 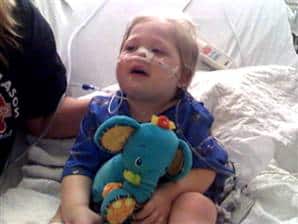 “When I called my family, all I could say was, ‘Troy’s dead,’ says Laura. “They had just gotten him out of the water at that time. I had no idea he would make it.”

Dr. Michael Bigham who took care of Troy at the Akron Children’s Hospital was equally tensed. The toddler had not been breathing for more than 15 minutes, was being ventilated with the help of a tracheotomy and was also suffering from hypothermia. But here, the doctor’s experience prevailed.

Instead of immediately warming him, the doctors let Troy’s body remain cool for the first 24 hours. Dr. Bigham still feared that his brain would be irreversibly damaged due to lack of oxygen and Laura surely thought her son would not survive the night. 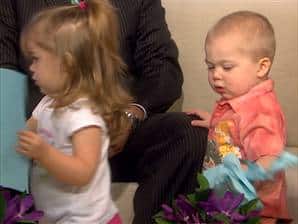 But the night ended happily as did other days and weeks. After a month in the hospital and rehab centre MRI scans show Troy’s brain is indeed functioning normally although he still has some difficulty swallowing.

“There’s some protection provided by the cold water,” Dr. Bigham says. “That is surely what saved Troy’s life and allowed him to be so high-functioning at this point. As long as he continues to progress at the rate he’s been progressing, there is no reason to expect he won’t fully recover. He’s showed no plateauing at all.