Parents have already been cautioned about the health issues surrounding too much television time but now, researchers also say that certain shows – those that are fast paced – can also ruin concentration. 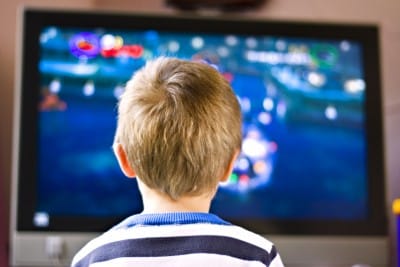 After the nine minutes were over, each group of children were given a series of tests. The first test was a mental function test that determined their problem-solving abilities and ability to remember what they were told. Children were then tested on their ability to delay self-gratification and maintain self-control.

While it was stated that more research is needed, lead author and University of Virginia psychology believes that parents should really consider not just the amount of time children watch television but also the quality of those programs. She says that the data indicates that young children’s ability to learn and practice self-control can be significantly altered, even just after a short time of viewing the wrong kind of programming.

Lillard offered a couple of different theories to explain why the fast-programming had such an effect on the children. First, she believes that the constant change in scenery and the characters constantly in motion may be responsible for the inability to concentrate. The differences between ‘fantasy’ and ‘real-life’ characters may also be a factor. Lillard also mentioned that children may even adopt the frantic and unfocused behaviors of the characters in fast-paced shows, without knowing it.

Child developmental specialist, Dr. Dimitri Christakis at Seattle Children’s Hospital pointed out that there are some “notable weaknesses” in the research. He stated that holes in the research failed to indicate if older children are affected in the same manner as younger children. He also pointed out that the study did not include a large enough group of children nor did it indicate how long the programming has an effect on young children.

Despite the flaws, however, Christakis states that there is some significant messages for parents. “This is a small study but it is [an] important one because if it is true that there is a link between TV viewing and intellectual capacity in children, it is concerning,” Christakis told CTV News.

Christakis also indicated that he agrees with the theory that, what children watch is just as important as how much they watch.

“It was the type of programming that actually made a difference. The fast-paced cartoon was associated with deficits in attention, the slow-paced was not and this, I think, I critical for parents and, for that matter, educators and researchers to realize,” Christakis stated.