When we find out we’re having children, we end up doing everything in our power to baby-proof our homes to keep our little ones safe and out of trouble. We pad table corners, deadbolt doors, lock cabinets, plug outlets and put window-blind cords up high out of the reach of little hands. Erica Barnes Thomas did everything she could to keep her two children, Charlie, 6 and Mac, 2, safe. She was vigilant and made certain that all safety precautions were taken, especially when she had roman shades hung in Mac’s room, having them installed with the pull-cord on the opposite side, so it was further away from her son’s bed, as well has having a child-safety release installed on the cord as well. 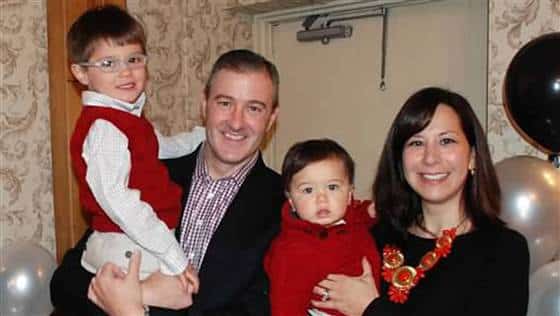 However, despite all the hyper-vigilance, tragedy struck. On Saturday March 1st, Thomas’ oldest son Charlie, woke up at 6:30 a.m., and went downstairs into the living room to watch cartoons. Mac was still asleep when his mother checked on him, which wasn’t anything out of the ordinary, as Mac would always sleep later than his brother. Thomas busied herself by getting breakfast ready.

The morning was set to be a busy one, as the family was preparing for Thomas’ husband Stephen, a U.S. Army physician to return home from deployment in Jordan. They still had a few last minute errands to run, but by 9 a.m., she decided that it was time to wake up Mac. However, when she walked into his bedroom, she found him lying on the floor, clutching his two favorite stuffed animals. Thomas explains what happened next “I thought he was sleeping, he looked like he was sleeping, but he didn’t get up. I thought ‘Maybe he’s really sick.’ As soon as I touched his cheek, I knew.” Thomas immediately called 911 and began CPR on her son, but it was too late. He had been strangled by a hidden cord that ran behind the window covering.

Mac is one of the four children in the last two months who have died of cord strangulation from pull-cords on window coverings. Nearly 300 deaths have been documented from strangulation in window-blind cords between 1996 and 2012. On average, 1 child a month dies from the cords that are on window treatments, according to Kim Dulic, spokesperson for the U.S. Consumer Product Safety Commission. Dulic says, “all cords are bad, whether it’s on the front, back or side. Kids and cords don’t mix – that’s the message the commission wants to get out.”

Many parents already were aware to either cut the cords, tape them out of reach of their children, or tie it. But many parents are not aware that children can also strangle themselves on the cords that run through the blinds or down the back of the blinds. Various consumer and product safety groups have issued warnings and are now asking the government to take action and create mandatory standards for the window covering industries to follow.

Later on, when Thomas entered her son’s bedroom, she noticed a cord hanging from the window-shade. However, the pull-cord was still near the ceiling, out of reach. She believes that Mac must have woken up and climbed onto the only chair that was in his bedroom to look out his window, and must have gotten caught and strangled on the cord that ran behind the blinds.

CPSC acting chairman, Bob Adler offers some advice. “Make sure all loose cords in your home are inaccessible. The commission recommends buying cordless blinds. It is the safest option for your family.”