Button batteries are used in many consumer products from greeting cards and watches to small appliances and children’s toys. Over the past few years safety groups have issued warnings about the batteries, cautioning parents about how incredibly dangerous they are if ingested.

If a button battery gets stuck in a child’s throat or gullet this can trigger the electrical charge they carry and can burn a hole through the throat and lead to serious internal bleeding and death.

One Oklahoma family is working to raise awareness about the dangers of button batteries after their two-year-old daughter swallowed one over the Christmas holidays and passed away a short time later. 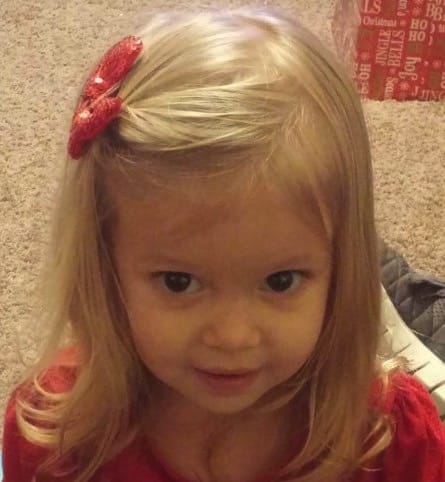 Last Sunday when Brianna Florer’s skin unexpectedly turned blue, and she started to throw up blood, her family immediately rushed her to the hospital.

Grandfather Kent Vice told Tulsa World: “On Saturday she was fine. It was a perfect Christmas.”

Once doctors determined the toddler had swallowed a small button battery she was immediately transferred to another hospital for surgery.

But sadly the little girl passed away when doctors couldn’t stop the bleeding.

“They operated on her for 2½ hours, but they couldn’t stop the bleeding,” Vice said. “They believed the battery ate through to her carotid artery by way of her esophagus. One minute she is perfect, and the next minute she is dead. We had no idea when she swallowed it (the battery).”

The state medical examiner’s office said Brianna’s autopsy is pending, and it would be two to four months before an official cause and manner of death is known.

The family has set up a Go Fund Me account to help with funeral expenses – https://www.gofundme.com/xwgrfwfg .

One family that knows, all too well, the havoc a button battery can have on a child’s system is the Rauch family.

At five-years-old, their son Emmett has endured 65 surgeries after he swallowed one button battery in 2011. The little boy has life-long complications from the event that has caused him to spend most of this young life in the hospital.

During one surgery, half of his stomach was used to recreate his esophagus. Now his stomach is so tiny that he has a feeding tube in his small intestine to ensure he receives enough nutrients.

But the family is doing more than just treasuring their moments; due to the lack of information that was available when Emmett started his struggle, they started up a non-profit organization to raise awareness and hopefully help prevent other children from having to endure the same struggle as their son.