Tom Brady and his Patriots have dominated the NFL making it to the superbowl 7 times in the last 13 years while winning 4 times with Tom on the team. On Saturday night, he became the oldest player to win the NFL’s Most Valuable Player award.

This has been a whirlwind week for the quarterback who will hopefully capture his 5th Super Bowl win in just a couple hours.   It’s been a big 2017 season for the star who scored 32 touchdowns and 8 interceptions, while leading the Patriots to a 13-3 record.

On Saturday the normally private star posted a photo of his entire family on the field along with the caption, ‘Family and Football.’ 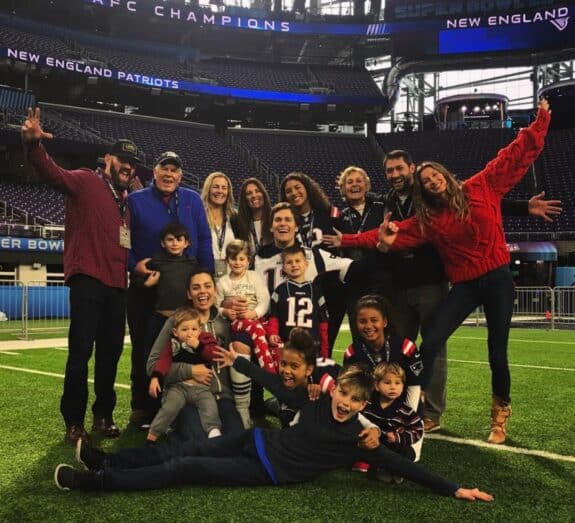 Later Gisele shared a photo of herself and Tom alone on the field.

As for why he can continue to play, he said, “I just think I love the game. It’s easy to do this when you love it. I think the point is: If you find something you love to do, it never feels like work. I found football, and I found it at a young age, and I just loved it.

“It’s hard to explain — I just love the preparation, I love the offseason, I love the film work. I think a big part of it is because my body feels good, and I’ve worked hard [at that]. … I think for a lot of older players, their body doesn’t respond. And football is no fun when you’re hurting.”

He also recently shared this video that shows how sweet his family is.

One year later… Check out the first episode of Tom vs Time with the link in my bio!