Patriot’s Quarterback Tom Brady enjoyed a relaxing Father’s Day out at at Taverna Tony in Malibu with his wife Gisele and boys Benjamin and John, his 3-year-old son with actress Bridget Moynahan. 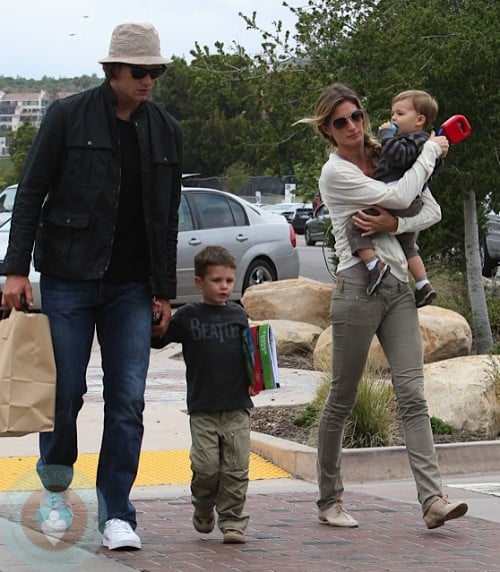 Gisele recently spoke about how well the little boys get along saying,

“For Benjamin, his big brother is his hero. Jack comes in and Benjamin has a big smile. He wants to follow him around. Anything he does, he’s just in awe of him like, ‘Oh my God!'”

For their outing John showed some retro-style by wearing a Beetles T, while Ben stayed warm in a hooded sweater.