Home » Tom & Gisele Play At The Park With Their Crew!

Tom Brady and Gisele Bundchen were photographed enjoying a family day out at the park in Boston with their kids Ben, Vivian and Tom’s son with Bridget Moynahan, John. 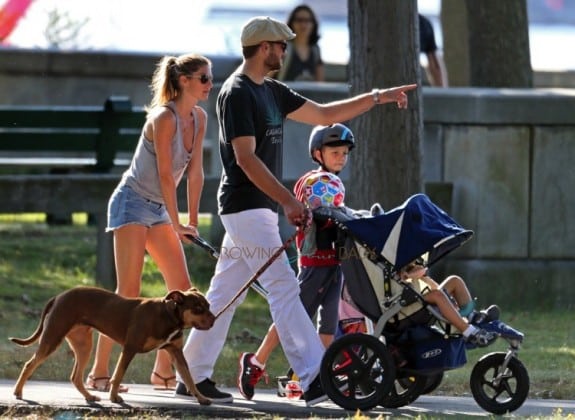 It was all hands on deck for the parents who divided and conquered in order to get the kids to the park safely.  Tom pushed Ben in the jogging stroller, while holding on to Lua, the family’s dog.  Gisele pushed Vivian in her Kettler tricycle while carrying Ben’s scooter and keeping John close. 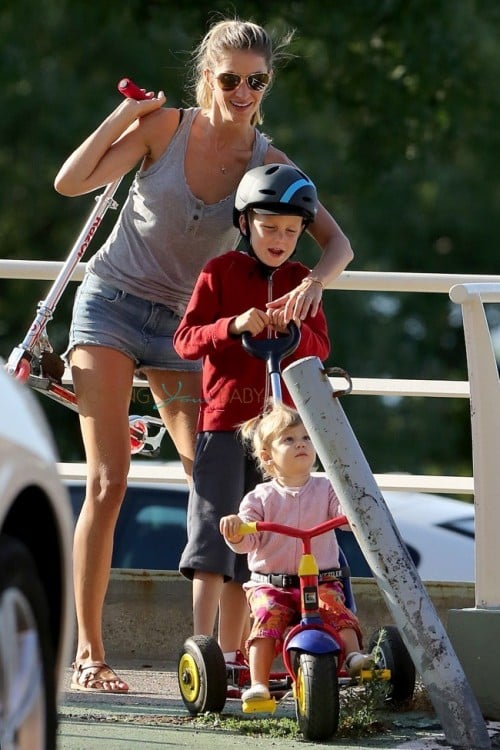 At the park the family kicked the soccer ball around and played on the climber. 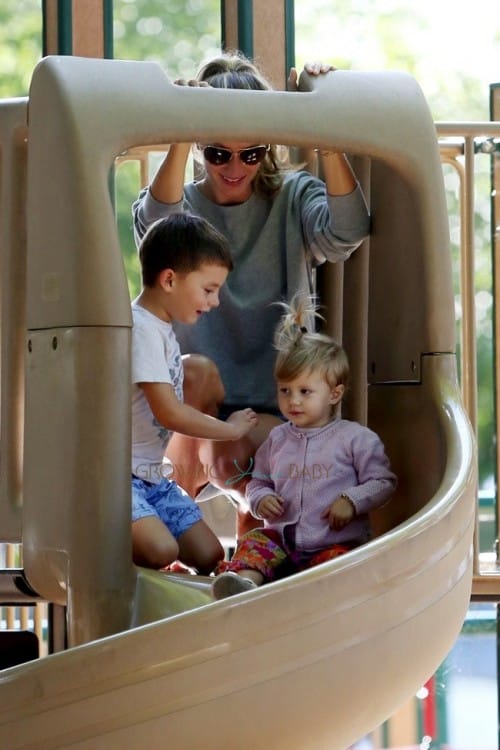 The trip came just a day after Tom and the New England Patriots won 30-7 over the Carolina Panthers in pre-season action.  Also busy with work, Gisele jetted off to Rio on Sunday to participate in the Ana Maria Braga, “The more you” program.

It’s nice to see, however, that with their busy schedules they make it a priority to spend time together as a family.