The world champion New England Patriots celebrated their Super Bowl XLIX victory with the city of Boston today in the duck boat parade through the city’s downtown on Wednesday (February 4th). 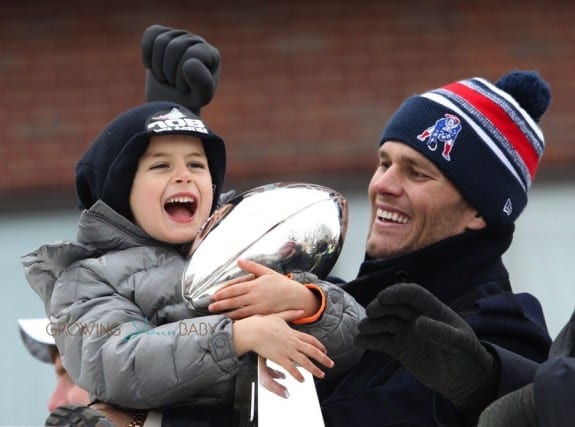 Tom Brady shared the incredible moment, and the Lombardi Trophy with his son Benjamin as they waved to the crowds gathered in the cold below.

The team’s Quarterback, and MVP took to Facebook to thank his fans for all of their support.

Earlier in the day Tom’s wife Gisele shared a photo of the two getting ready for the event saying, 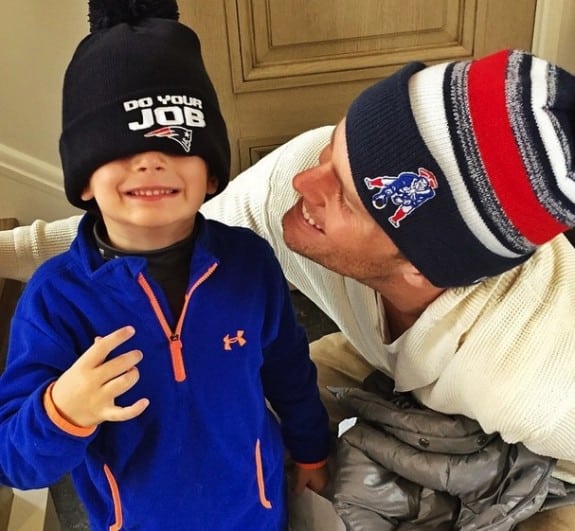