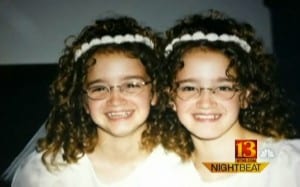 Identical Twins, Jessica and Jennifer Patterson were used to sharing their birthdays and many things together in their lives. But even the similar lives did not prepare the sisters for the surprise they received when both got pregnant at the same time and delivered their babies on the same day.

Growing up as twins Jessica and Jennifer recall how they shared many things. Toys, clothes, food and even an apartment for three years when they moved out of their parent’s house. It was at their home that 21 year old Jessica first shared the news of her pregnancy.

But only a week later, Jennifer found out that she was expecting too.

The next nine months therefore, the twins also made the journey to motherhood together. 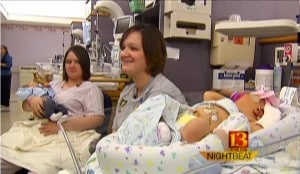 On Tuesday night, Jessica felt uncomfortable and went to the Bloomington Hospital to be induced. Jennifer was there to support her sister. But nature had other plans. Even before Jessica could deliver, Jennifer began getting her contractions.

“I was just contracting every two to three minutes,” said Jennifer.

“It was after Adeline was born I started having really bad contractions,” explained Jessica.

A few hours later, she gave birth too via C-section and welcomed baby Mason. 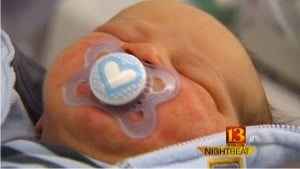 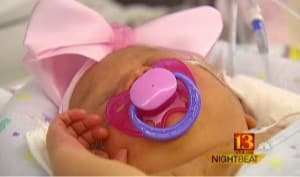 The twins insist though that having babies on the same day was not at all the way they had planned.

“Really, I wanted my baby to have her own birthday, just cause I know how it is to share a birthday with somebody. It’s not fun,” explained Jennifer.

But now that the cousins do have the same birthday, their mothers hope they grow up really close. As the sisters are single moms and plan to live together for now, the possibilities of the cousins growing closer is a certainty.

“Its gonna be a crazy house,” said Jennifer.

But the twins and best friends do not want it any other way.