Home » 4 Sets Of Twins Straddle The New Year With Their Perfectly Timed Births!

Every year there is one set of cheeky twins that decides not only are they not going to share the same birth date, but they each want their own birth year.  But this year, twins in California, Arizona, Utah and Georgia were bent on making their mark with New Years straddling birth dates! 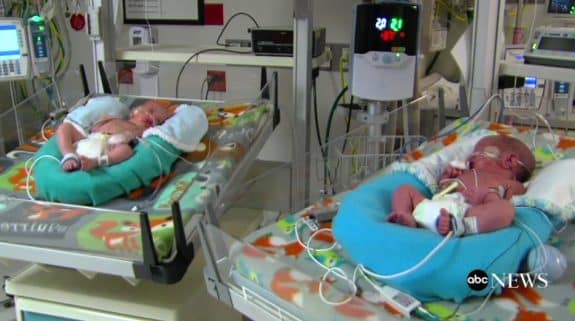 In Arizona, Holly and Brandon Shay welcomed their fraternal twin boys at 11:50pm on December 31, and 12:01am on Sunday, January 1st. 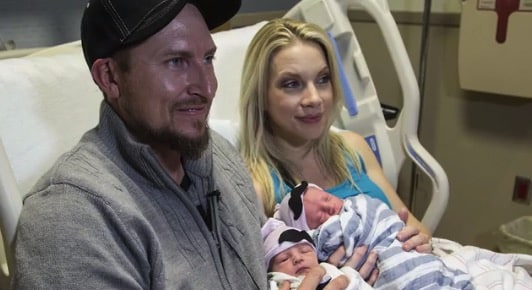 Sawyer came first weighing 5 pounds, 5 ounces while his brother Everett, who weighed 4 pounds, 8 ounces, took his time – arriving 11 minutes later.  That break paid off for Everett because he was also the first baby born in the state for 2017!

Holly said that it was a ‘perfect birth’, the Detroit Free Press reported.

Brandon added: ‘Everett might disagree but that’s because he’s just stubborn. He was hanging on until after midnight.’

In Georgia, twins born at Northside Hospital Cherokee in Canton, Georgia arrived an hour apart. The first, a girl, was born at 11:20 p.m and her brother was born at 12:20 a.m. on New Year’s Day.

The baby boy is currently still in the NICU until he can join his mom and sister.