A mistake at Princess of Wales Hospital in Brigend is causing anger and plenty of anxiety for the parents of twins born prematurely there. 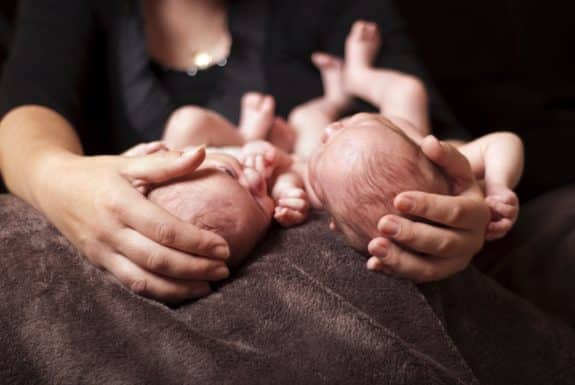 Owen and Donna Wilson discovered the mix-up when Owen, a firefighter, was told that the milk his wife had expressed for the infants had run out, when in fact there were still several bottles labeled for Logan and Grace in the refrigerator.

The couple believes their son and daughter were fed the wrong milk on at least three occasions, and now they must anxiously wait for up to three months for results from a test screening on the babies to check for infections including HIV and hepatitis B. The infants were being fed breast milk through a tube that passed into their stomach via the nose.

Logan and Grace were born as a result of the couple’s third attempt at IVF, a long eight year wait. The hospital has apologized and is investigating the incident.

The twins are at home with their parents now, but spent nearly three weeks in the hospital’s Special Care Baby Unit (SCBU) after their premature birth at 34 weeks on May 23rd. It was during a 7 a.m. feed when Owen realized that his daughter was being given the wrong milk.

The nurse giving the feed said she was giving Grace the last of Donna’s breast milk from the fridge where it was stored. Owen told the nurse “that can’t be right” and went to check, finding that there was 200ml left. Returning to the SCBU he asked the nurse to stop the feeding and to show him the label on the bottle of breast milk.

The nurse refused to show him and left the room with milk still in the syringe on the tube, saying that she would go check. She had already completed about half the feeding. Because he was now suspicious, Owen followed the nurse and saw the expressed milk being placed in a bin. He took it out and saw the wrong name, understanding immediately that the milk was meant for another baby in the unit. Breast milk for his children was clearly labeled “Twins Logan and Grace.”

The couple hopes that by telling their story other parents will become aware and be more watchful so something similar doesn’t happen to their babies. What concerns them most is the feeling that the mistake would likely have been covered up if Owen hadn’t taken quick action.

The hospital gave them documents saying that methods were being put in place to improve the system, including placing a lock on the refrigerator where the breast milk is stored. With the babies remaining in the hospital for an additional three weeks following the mix-up, they checked…and there was still no lock in place.

The hospital issued a statement that “immediate action was taken and an ongoing investigation is underway” but says that while the investigation is taking place they are unable to comment on specific points but will be keeping the involved parents informed.