An Easter outing turned scary for a Charlotte family after their 9-year-old twins became stranded on an ice floe that drifted away from shore as they played with friends. 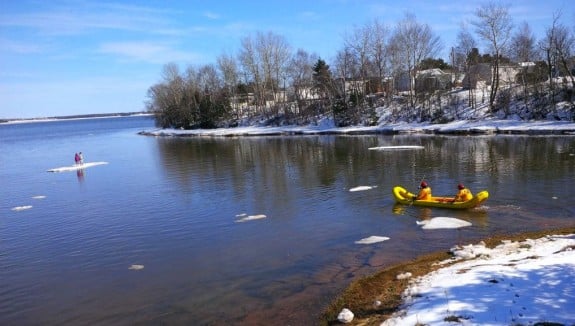 Sgt. Walter Vessey of Charlottetown police told the media that the girl and boy had been jumping on pieces of ice when one started moving out shortly before 3 p.m. on Easter Sunday .

“They happened to jump on a piece of ice that actually was floating rather than sitting on the mud, and as they jumped on it, it started to float away from shore,” said Vessey.  “It kept drifting out a little further and further.”

Two of their friends were also on the ice, but jumped off and waded back to shore.

Rescuers paddled an inflatable rescue boat about 40 metres offshore to retrieve the pair, who were shaken but otherwise well.

“They weren’t harmed in any way, although they were worried I think till the fire department showed up with their boat,” said Vessey.  “I’m sure their mothers were plenty stressed when they came down to get them after they were rescued.”