The U.S. Consumer Product Safety Commission (CPSC), in cooperation with Summer Infant Inc., of Woonsocket, R.I., is announcing the voluntary recall to provide new on product label and instructions for about 1.7 million video baby monitors with electrical cords. The cords can present a strangulation hazard to infants and toddlers if placed too close to a crib. Because of this serious strangulation risk, parents and caregivers should never place these and other corded cameras within three feet of a crib. 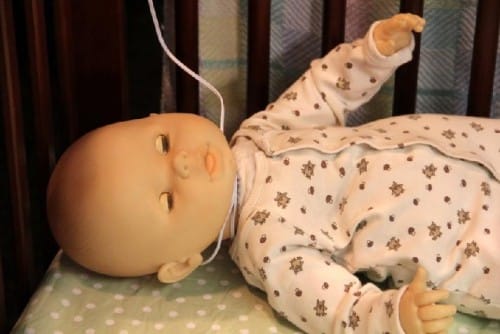 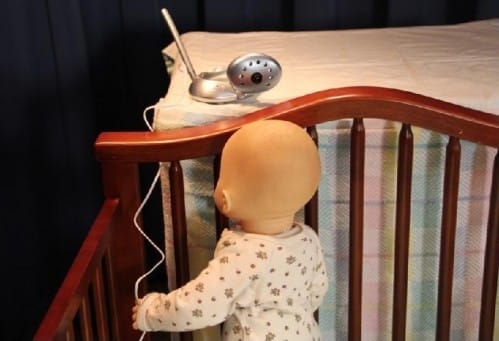 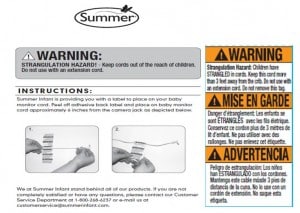 In November 2010 CPSC received a report of a six-month old boy from Conway, S.C., who strangled in the electrical cord of a baby monitor placed on the changing table attached to the crib. In January 2011 CPSC learned the product involved was a Summer Infant video baby monitor.

CPSC and the firm are also aware of a near strangulation incident in which a 20-month old boy from Pittsburg, Pa. was found in his crib with the camera cord wrapped around his neck. The Summer Infant monitor camera was mounted on the wall, but the child was still able to reach the cord. He was freed from the cord without serious injury.

Summer Infant has initiated a campaign to provide new on-product labels for electric cords and instructions to consumers with the recalled video monitors distributed between January 2003 and February 2011. The baby monitors were sold at major retailers, mass merchandisers, and juvenile products stores nationwide for between $60 and $300. They were sold in more than 40 different models, including handheld, digital, and color video monitors. All video monitors include both the camera (placed in the baby’s room) and the hand held device (some models have two hand-held devices) that enable the caregiver to see and/or hear the baby from a specific distance. The brand “Summer” is found on the product.

CPSC and Summer Infant urge parents to immediately check the location of the video monitors, including cameras mounted on the wall, and all electric cords to make sure the cords are out of arm’s reach of their child. Consumers should contact Summer Infant toll-free at (800) 426-8627 between 8 a.m. and 5 p.m. ET Monday through Friday or visit the firm’s website at www.summerinfant.com/Home/Product-Recall.aspx to receive a new permanent electric cord warning label about the strangulation risk and revised instructions about how to safely mount camera and keep cords out of child’s reach.

In October 2010 CPSC issued a safety alert warning consumers that there had been six reports of strangulation in baby monitor cords since 2004. Since that alert the number of death reports has risen to seven. CPSC has revised the safety alert Infants Can Strangle in Baby Monitor Cords.