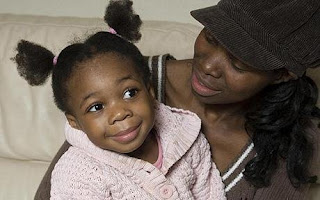 A two-year-old girl has surprised everyone by making an almost complete recovery after spending nearly 20 minutes at the bottom of a pool.

Oluchi Nwaubani had been playing in a friend’s garden when she fell into their swimming pool and sank to the bottom.

She was not found for almost 20 minutes, double the amount of time the heart can normally keep beating without oxygen and three times longer than the brain can usually survive.

At the time doctors gave her only a two per cent chance of survival and discussed with her parents, Junior and Tayo, about turning off her life support machine. They were warned that even if she survived she would not be move, speak or eat properly.

Yet after three months in hospital Oluchi has defied medical expertise by making a full recovery and is now back at home.

“Contrary to popular belief small children are quite strong – they have very healthy hearts, lungs and brains,” says Ffion Davies, an A&E consultant.

“On top of that, the cold water will have slowed down the body’s metabolism and so you can actually survive quite a long period without oxygen.”

This little girl ‘seems to have defied doctors at every stage’. Her family is very lucky to have her.