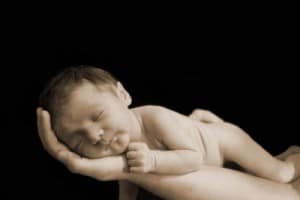 The number of births in the US has reached it’s lowest in 30 years, according to a new report issued by the Center for Disease and Prevention’s National Center for Health Statistics. If the decline continues, could the US be facing a baby shortage in the future?

Between 2007 and 2009, there was a 4 percent drop in the number of children born in the US. This is the biggest drop facing the country since the 1970s, experts say. Economic issues and the country’s ongoing wars in the Middle East may be to blame for the sudden drop.

In 2007, the number of births reached an all-time high with 4,316,233 babies being born that year. Since then, there has been a steady drop which shows no signs of letting up. According to Paul Sutton, statistician and lead author of the report, this decline mirrors the economic troubles that many families in the US have been facing in recent years. It could be that more families do not have enough money to have more children, with many putting off parenthood indefinitely.

“Certainly the economy and war have been two of the biggest influences on birth rate historically.”

According to the data released in the report, the drop in births was the greatest in states that were hit the hardest by the recession faced in the US. Among them were Florida, Arizona and California. The drop has a historic precedence, with a previous drop happening after the Great Depression of the 1930s. The results were not surprising as previous studies have found close links between birth rates and per capita income. Family income seems to be a strong indicator of family size.

The birth rate decline currently shows no signs of declining. As the country continues to face economic issues, the decline could possibly increase in future years. – Summer, staff writer