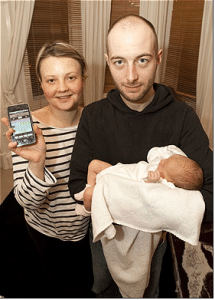 When Dudley Bryce gifted his wife Lena, an iphone on her birthday he never thought that the gadget would help them become parents. But surprisingly this electronic device not just helped them conceive, but also brought their daughter Lola into the world, on exactly the same day as predicted by the phone.

Lena,30, first downloaded a fertility application on her mobile in a desperate attempt to conceive. Doctors could find nothing wrong with the Glasgow couple who were trying for a baby for more than four years and were even considering adoption or going for an IVF.

Things took a turn after she installed an app on her iphone called free menstrual calendar from fertilityfriend.com. This helped Lena put in the dates of her last menstrual cycle and get a prediction of the dates when she was at her most fertile each month. Two months later, she got pregnant and exactly after nine months delivered a beautiful 6lb 2oz baby girl Lola, just a day after the couple celebrated ten years together. 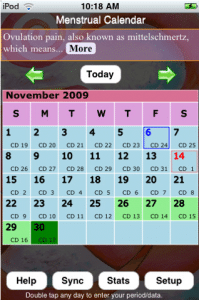 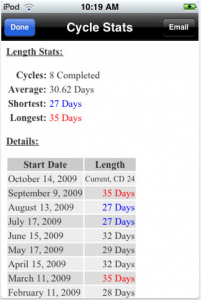 ‘Friday was the due date and first babies are often late. But Lola came exactly when the iPhone said she would – it’s amazing. Now we have our gorgeous daughter we couldn’t be happier.’

According to the co-founder Dr Heather Bromberg of the website from where the iphone app was downloaded,

“Timing intercourse during the woman’s fertile time is usually the most important factor”.

It was perhaps this crucial factor that the otherwise fit couple were not considering which led to their earlier failed attempts. As proud new father Dudley summarized,

‘It was hard seeing other people have children. We were desperate to be parents. That phone was the best present I ever gave Lena.’