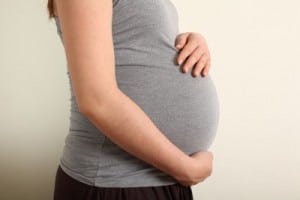 Most women are told they have a pregnancy “glow.” Zuleika Closs, 26, had a pregnancy rash, one that itched and left scars all over her body.

“At first, it felt like something was crawling on my skin but then it became unbearable,” Zuleika told The Sun. “My feet were the worst. I scratched so hard that large chunks of skin kept falling off. It was peeling off like an orange peel.”

The rash had started around Zuleika’s 20th week of pregnancy. She discussed the rash with her doctor and was given antibiotics to treat it. But it continued to spread so she went to another doctor who told her that it had been caused by scabies. She was given an insecticide to treat the condition.

“We had to boil wash all our clothes and put our shoes in the freezer to get rid of the scabies,” Zuleika said. “An ex-nurse recommended I was in dilute bleach baths, but it didn’t work.”

Zuleika’s partner, Nathan Darbyshire, 23, a care worker, missed shifts at work because he was afraid that he might somehow pass scabies onto his colleagues and patients. And then, when little Emmanuel was born, Zuleika was too afraid to hold her newborn baby because she feared she might pass the parasites onto her infant.

It wasn’t until after Emmanuel was born that Zuleika found the reason for her rash. She had an auto-immune pregnancy disorder known as Pemphigoid gestationis, a condition caused when placenta tissue enters the mother’s blood stream and reacts with her immune system. The condition is thought to affect one in two million pregnancies worldwide.

“I couldn’t believe what he was saying. I was allergic to my pregnancy. It just sounded bizarre,” Zuleika said about the diagnosis. “It was a relief because sometimes I felt like the doctors thought I must be doing something to my skin.”

The diagnosis placed a black cloud over what should have been one of the happiest moments in a mother’s life, and now the diagnosis will cast a shadow on the day that most women dream about as little girls – her wedding day.

“We’re getting married in May, but I’ll have to find a dress that will cover my scars,” Zuleika said.

But knowing what caused her rash hasn’t steered her completely from motherhood; she says she has Emmanuel to thank for that.

“Thinking about having another baby in the future terrifies me, but I’d love Emmanuel to have brothers and sisters to grow up with,” she said. “I sometimes have flash backs to the pregnancy but I only have to look at Emmanuel to know the pain is worth it.”