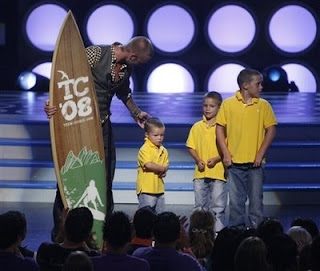 A new study, conducted by The University of St. Andrews, has found that while attractive dads pass on their good looks to daughters, the sons aren’t quite so lucky.

For the study, which is published in the journal Animal Behavior, Perrett and Cornwell studied students’ family photo albums and collected more than 100 photos of females and 100 photos of males and their parents over the years.

The photos were judged separately for attractiveness and femininity or masculinity.

Perrett said it has previously been suggested that a woman could increase her reproductive success by choosing a “sexy” mate, but his study contradicts that theory.

“We checked to see if male and female facial traits are inherited,” he said. “For the male line, we find that facial masculinity conforms to the rule ‘like father, like son.’ Masculine dads have masculine sons. But we did not find any evidence that facial attractiveness is passed from father to son.”

I am not sure I agree with these findings. Maybe these researchers haven’t ever met David Beckham or Ryan Phillippe…