Weaning a baby from a complete milk diet to baby foods is meant to help introduce baby to a variety of tastes and textures so that they can become acclimated to a wide range of healthy, nutritious food. But it’s also meant to help boost their intake of energy and certain nutrients. Unfortunately, a recent study found that infant food in the UK is failing to do its job adequately. 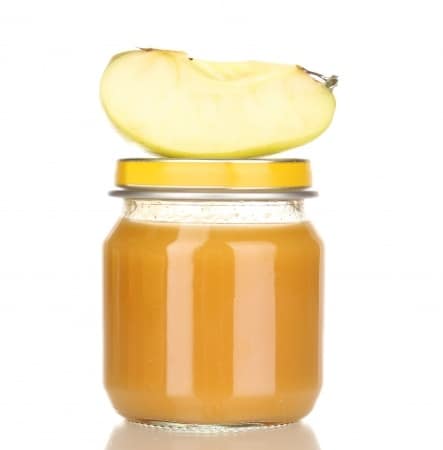 A total of 462 stand-alone foods, including ready-made soft foods, wet foods, powdered meals meant to be reconstituted with milk or water, breakfast cereals and finger foods (biter biscuits and rusks) were analyzed in the study, which was published in the Archives in Disease in Childhood. The UK researchers disclosed that most of them (79%) were ready-made spoonable foods – almost half of which (201; 44%) were aimed at children four months and up, despite the fact that the UK government recommendations stipulate that children should be exclusively breastfed until six months of age.

Dry finger foods had a higher nutrient and energy density, overall, when compared with the other infant foods, but they were found to be high in sugar content. Dry foods weren’t the only ones high in sugar, however. In fact, about two-thirds of all the stand-alone products (65%) were sweet foods. Because babies already have an innate preference for sweetness, there may be a reason that infant food manufacturers have slanted their food productions in the sweeter direction.

“However, repeated exposure to foods during infancy promotes acceptance and preferences,” the authors wrote in the Archives in Disease in Childhood, and the inclusion of these fruit sugars in place of refined sugars won’t make a difference when it comes to tooth decay, they said.

All in all, the researchers felt that the foods manufactured and marketed for babies is extremely lacking in its nutrient and energy density. So much so that they say that babies can get twice the nutrition and energy from homemade baby foods. And because the main purpose of weaning a baby to solid foods is to diversify and increase their nutrient and energy intake, this may be a better solution for infants. Granted, the authors did note that it may not be plausible for all parents, and at the very least, these foods should not be implemented until at least six months of age.

“The most commonly used commercial foods considered in this study supply no more energy than breast milk or formula milk,” they wrote. “While it is understandable that parents may choose to use [these products] early in the weaning process, health professionals should be aware that such foods will not add to the nutrient density of a milk diet.”