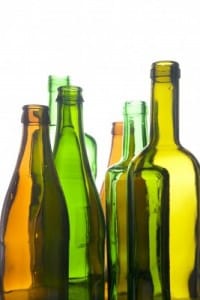 In a case that medical experts are calling “horrifying”, a 3-year-old UK toddler has been treated in hospital for alcoholism.

Doctors have revealed that the West Midlands toddler is Britain’s youngest booze sufferer.

The un-named child is said ‘to have been given booze repeatedly for six months and would have suffered withdrawal symptoms of shakes and wild mood swings.’

The youngster was among 13 children under 12 diagnosed alcoholic by the Heart of England NHS Trust between 2008 and 2010.

“To be diagnosed alcoholic, it’s possible this child would have shown a physical dependency.

“They would have had to ingest enough to cause withdrawal symptoms. It is a horrifying case.” Alcohol awareness group Drinkaware said childhood boozing could disrupt brain development.

Just last month, an eight-year-old girl from Dundee was identified as the youngest alcoholic.

She had started raiding her parents’ drinks and then developed “a serious problem”, getting “steaming drunk” four or five times a week. In the area where the three-year-old lives 106 13-16 year-olds were treated over booze.