There is more babyjoy for the Radford family!   Britain’s biggest family has grown again after mom Sue gave birth to her 18th child last week! 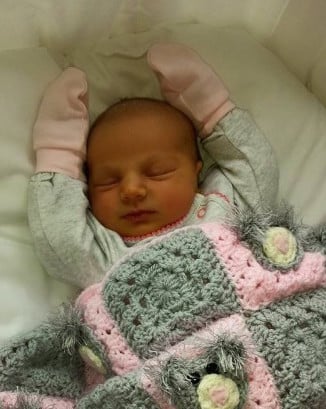 While the baby’s arrival was imminent, Sue had gone to the hospital because she wasn’t feeling the baby move as much and ended up being induced.

‘On Tuesday evening I decided to go the hospital just to get a check up as she hadn’t been moving the same as she usually did at that time of the day, I thought they would just put me on a monitor for half an hour and then be sent home but that was not to be even after a good trace they decided to induce me due to reduced movements. I was so relieved as I’ve been so anxious this last few weeks and particularly that day.”