Exciting news for Uma Thurman and her boyfriend financier Arpad Busson! A rep for the actress confirmed to The Daily Mail that the couple are due to become parents together. 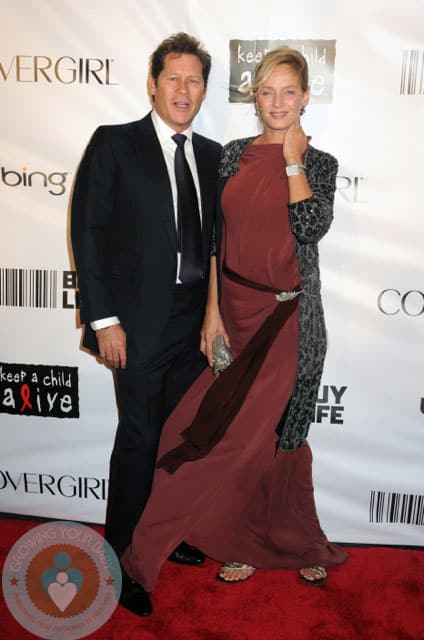 While it is not known how far along Uma her bump went unnoticed when she attended a New York Fashion Week event earlier this month.

Before it was confirmed a ‘friend’ of the 41-year-old actress spilled the news to Life & Style saying,

“She hasn’t announced it yet, but a lot of her friends were asking her because they could tell the difference when they saw her at New York Fashion Week. She’s usually so skinny, but now she has the cutest little bump and a glow about her.”

The new baby, who is rumored to be due at the end of the Summer, will be the first child together for Uma and Arpad but the third for each parent. The mom-to-be has two children – daughter Maya, 13, and son Levon, 10 – with ex-husband Ethan Hawke and Arpad is dad to Arpad Flynn Alexander Busson and Aurelius Cy Andrea Busson, with former girlfriend Australian supermodel Elle Macpherson.