With hundreds of children in hospitals across the nation, health officials are now warning parents that an unidentified respiratory virus could pose a serious threat to children in the United States.

According to the U.S. Centers for Disease Control and Centers for Disease Control and Prevention, the virus could be human and enterovirus 68, a rare but potentially fatal respiratory virus. Related to rhinovirus – the same virus that causes the common cold – first symptoms of the illness sweeping the nation include runny nose, cough, and sneezing. 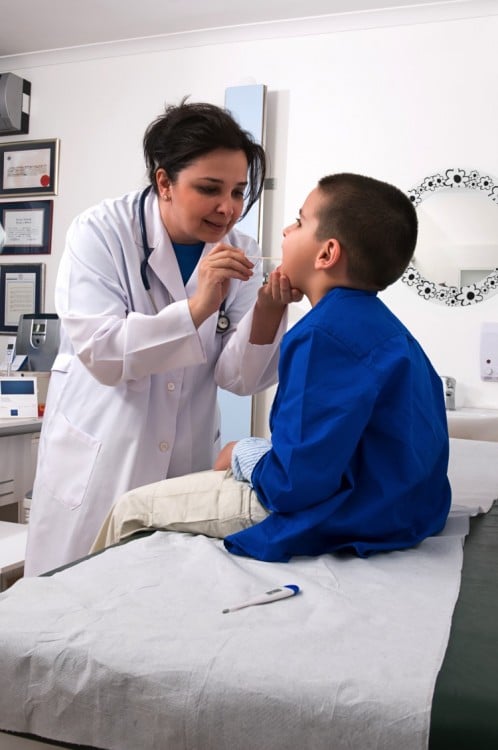 But it can quickly morph into something much more dangerous, often within just a few short hours.

“It can start out just like a cold – runny nose, sneezing, coughs – but it’s the wheezing you have to watch out for,” ABC News Chief Health and Medical Editor Dr. Richard Besser, said on ABC. “This particular one is rare. They rarely see this one, and it’s been a very dangerous infection.”

Those that are at highest risk?

Children under the age of five, and those that have asthma.

“The kids are coming in with respiratory symptoms, their asthma is exacerbated,” Dr. Christine Nyquist, a pediatrician at Children’s Hospital Colorado, told ABC News. “Kids with no wheezing have wheezing.”

Kids like one 13-year-old asthmatic patient that came frighteningly close to death. When he first showed up at the emergency room, he’d only had the virus for a day and was displaying basic cold-like symptoms, including coughing and runny nose. But by the second day, his symptoms had become so severe that he had started turning blue and had to be rushed to the emergency room, where doctors placed an emergency breathing tube.

And he is just one of many asthmatic children in the hospital that have had to be sedated and placed with a breathing tube – most of which spent between four and seven days sedated and intubated so that they could recover.

Already an epidemic in 10 states – Missouri, Kansas, Illinois, Kentucky, Iowa, Colorado, Ohio, Oklahoma, North Carolina, and Georgia – the virus has already caused at least 1,000 hospitalizations. And the virus is only expected to spread.

“Viruses don’t tend to respect borders,” Besser said. “It’s only 10 states now, but it’s going to be across the country. So if your state doesn’t have it now, watch for it; it’s coming.”

Of course, with school now in session for the majority of the U.S., the virus may only spread through the nation even faster.

“This is a very common time for outbreaks,” Besser said. “Kids come back to school, they like to share things, they bring them home to their little brothers and sisters, and enteroviruses tend to occur in the summer.”

So what can parents do to protect their children?

The first step is to develop a plan for any child that already suffers from asthma, Rocky Mountain Hospital for Children, Dr. Raju Meyappan, a pediatric critical care physician, said. Children’s inhalers should be easily accessible at home, at school, and during after school activities. A treatment plan should also be in place, just in case an asthma attack continues to get worse.

“Make sure [parents] talk to all their caregivers about what to do if [the child has] an asthma attack and where to go if they need help,” he said. “I think having a game plan in place helps.”

And all parents – whether their child is asthmatic or not – should be encouraging good hygiene practices, including frequent hand-washing and covering sneezes and coughs. For little children, hand-washing should be monitored and supervised to ensure that it’s being done correctly.