We hear it everywhere, from parenting sites and online articles to the pediatrician’s office and health organizations: breast is best. From its ability to reduce allergies,  provide valuable antibodies, and lowering a child’s chances of obesity and developing diabetes, breast milk has long been touted as a super food for babies. A new study adds more credence to the claim. And, interestingly enough, the rule may apply to all mammals, not just humans. 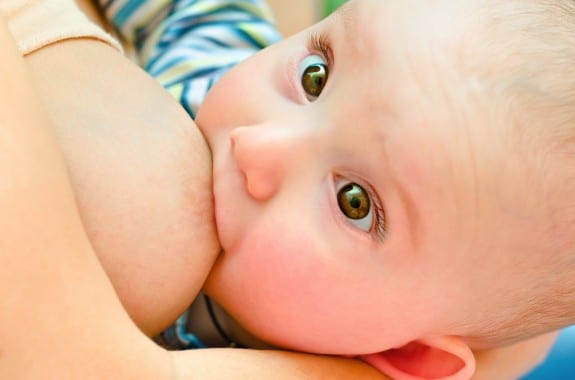 “We knew for a long time that breast is best, but hadn’t demonstrated why before,” Associate Professor Helen Liley, University of Queensland neonatal care specialist, told UQ News. “This research discovered an unknown interaction . . . between milk and saliva that appears to provide a unique mechanism in mammals that boosts early immunity. It helps select good bacteria while stopping dangerous bacteria.”

Published in the journal PLOS One, the study found that this reaction is short lived, occurring for only about six weeks after the baby’s birth. Marked by median levels of xanthine and hypoxanthine—crucial elements for milk-saliva mixing—that were 10 times that of the saliva in newborns, the interaction was found to prohibit the growth of both Staphylococcus and Salmonella while also promoting the production of the beneficial bacteria Lactobacillus.

The authors added, however, that there is an additional consideration that must be made when it comes to the birth of preterm infants or any infant that may not orally receive the milk from his or her mother after birth: benefits are only seen when saliva has a chance to react.

“This has critical implications for preterm, small, and sick newborns,” Professor Nick Shaw from the School of Pharmacy and lead author on the study, told UQ News. “Babies who are fed by intubation bypass the milk-saliva interaction, so there should be consideration of this factor.”

Shaw also pointed out that, when it comes to donated milk, there is a drawback for preemies and other infants that, for whatever reason, may not have access to their mother’s own milk.

“There’s also an important aspect for breastmilk banking. Increasingly in hospitals, donated breastmilk is given to preterm babies rather than using formula,” he said. “But pasteurizing the breast milk removes the beneficial mechanism.”