Lately there have been toy recalls for lead in paint, small pieces detaching causing children to choke on them and toys that pose strangulation hazards. You would think that with all of the regulations the government implements, these toys wouldn’t be able to make it to the shelves. I guess the regulations are not tough enough because at least once a week there is a recall issued on a popular toy that your child may have in their toybox.

Despite decades-old laws requiring safer toys and other children’s items, many hazardous toys are still being sold in stores across the country, according to the 21st annual toy safety survey released by the U.S. Public Interest Research Group (U.S. PIRG).

“While we can report substantial progress after more than two decades of advocacy on behalf of America’s littlest consumers, U.S. PIRG’s researchers still found trouble in toyland,” said U.S. PIRG Research Director Alison Cassady, the author of the report.

“Even one toy-related death is too many, because these deaths are preventable,” said Cassady. 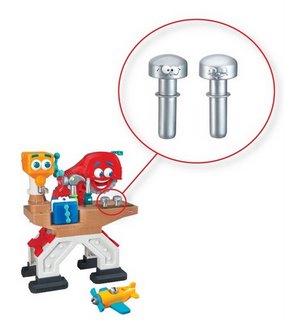 In 1979, the CPSC banned the sale of toys for children under three if they contain small parts. The 1994 Child Safety Protection Act required an explicit choke hazard warning on toys with small parts for children between three and six.

Children continue to choke on toys that meet the letter of the law. In September, Playskool recalled the Team Talkin’ Tool Bench after two children suffocated when the toy’s oversized plastic nails became lodged in their throats. U.S. PIRG found several toys on store shelves that have parts shaped like corks or these toy nails that could pose similar suffocation hazards.

“Toddlers put everything in their mouths,” said Cassady. “CPSC should make the small parts test more protective of children under three and consider warning labels for toys with parts shaped like corks or the toy nails that caused two children to suffocate,” continued Cassady. 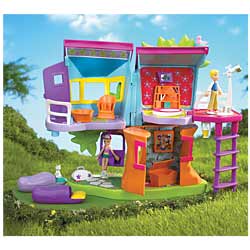 Toymakers have started using powerful magnets in building toys and magnetic jewelry. If a child swallows more than one magnet, they can attract each other in the body and cause a bowel obstruction or life-threatening perforation. A little boy died last Thanksgiving and many others have had life-saving surgery after swallowing magnets from MEGA Brands’ Magnetix toys.

“Swallowing a magnet is not like swallowing a penny. Powerful magnets can wreak havoc inside the body,” cautioned Cassady.

MEGA Brands has modified the design of Magnetix and placed a label on the toy’s packaging warning parents about the dangers of magnets. U.S. PIRG called on CPSC to require a warning label on all magnetic toys that tells parents to seek immediate medical attention if a child swallows magnets.

Children exposed to lead can suffer delayed mental and physical development or even death.

In February, a four-year-old died of lead poisoning after he swallowed a bracelet charm that contained 99% lead. U.S. PIRG researchers went to just a few stores and easily found four items of children’s jewelry that contain high levels of lead, ranging from 1.8% lead to 34% lead by weight.

“We’ve known for decades that lead poses serious health risks to children, so it is unacceptable that consumers can still find lead-laden children’s jewelry on store shelves,” said Cassady.

U.S. PIRG called on CPSC to enact and enforce mandatory requirements for jewelry manufacturers, retailers, and suppliers to ensure their products do not contain lead. 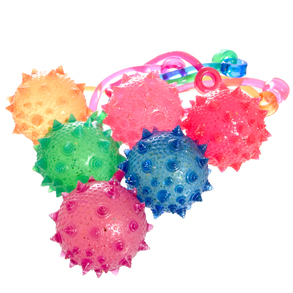 CPSC has decided to take another look at the dangers posed by water yo-yo balls after a five-year-old Bellevue, Washington boy almost suffocated last month when the toy’s stretchy cord wrapped tightly around his neck several times. CPSC has recorded about 400 injuries to the eyes, face and neck since the water yo-yo ball came on the market three years ago.

“CPSC should not wait until a child dies to protect children from the dangers posed by playing with this toy,” said Cassady.

U.S. PIRG called on CPSC to follow the state of Illinois’s lead and ban the water yo-yo immediately.

Cassady also reminded parents that the toy list in the U.S. PIRG report is only a sampling of the potential hazards on store shelves.

“Shoppers should examine all toys carefully for hidden dangers before they make a purchase this holiday season,” Cassady concluded.

Our need to pay the lowest price for everything could also be the cause for some of these problems. A good percentage of these toys that cause problems, come from third world countries where quality is not their first priority. Good materials are not being used in order to keep costs down.

Spend the time, do a bit of research and only buy the products that have been manufactured by reputable companies, not XYZ from China. The dollar store may be a great place for cheap wrapping paper and gift bags but it shouldn’t be your source for you baby and child supplies.

Europa Consumer Affairs website has a weekly listing of recalls from all over the world and it is shocking to see how many children’s products are on their list . Not to mention, ladies, a staggering number of cheap cosmetics which have harmful side effects if used for a long period of time.