Home » Usher Confirms Baby #2 Is On The Way 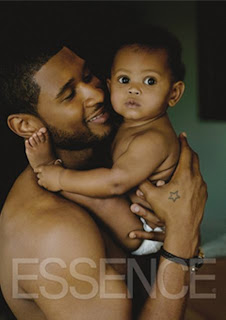 R&B sensation Usher has confirmed to Access Hollywood that he and his wife, Tameka Foster, are expecting their second child.

Reports of a second child had been rumored, however, the singer had yet to confirm until now.

“Definitively. We’re actually expecting, if you didn’t hear, in December” Usher told Access backstage at his concert at LA’s Club Nokia on Wednesday. “One of the best Christmas gifts there is to have!”

Usher, 30, and Tameka welcomed their first child together – Usher Raymond V — back in November 2007. Tameka, 38, has three children from a previous relationship.

Later, in an interview on Thursday with Stevie Wonder for Stevie’s KJLH-FM morning radio show, Usher further confirmed that he and his wife are having a boy on December 15.