R&B artist Usher shows off his son Usher Raymond V for the first time on the August issue of Essence Magazine. 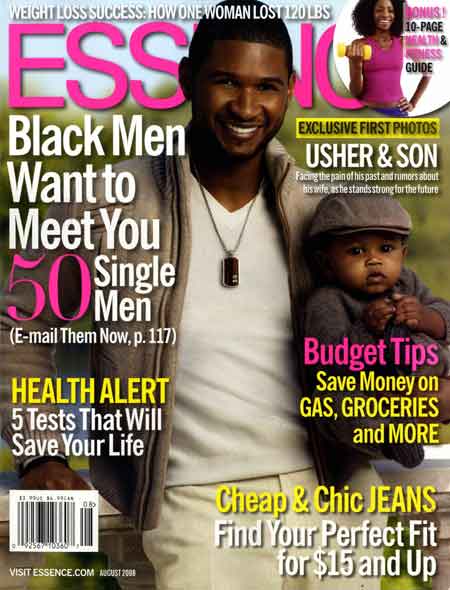 On being a father he says,

When asked about his marriage to Tameka, Usher responds,

“They think that it was forced. I’ve heard a lot of comments like, “Oh, she trapped him.” “He got a baby by her, and then she’s married and she’s set for life.”

“No. She wasn’t pregnant when I asked her to marry me. There’s some sort of huge conspiracy over this, the fact that I made these choices in my life. No I grew older. As a man, I have to take responsibility and take a hold of my life. I’m accountable for what happens to my life now.”