After 8 years of trying a Utah couple has finally gotten their dream of becoming parents! According to their Facebook page Ashley & Tyson Gardner welcomed their quadruplets girls just after 3pm MST on Sunday. 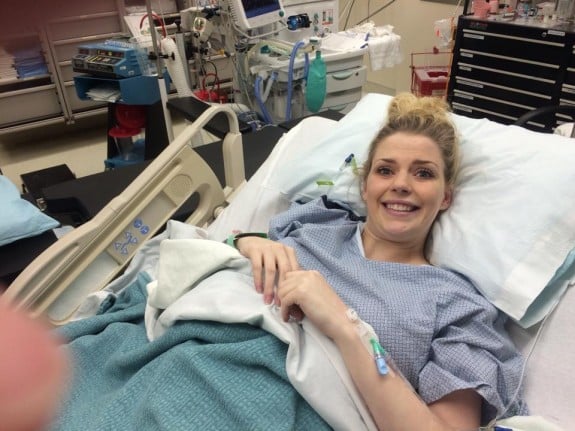 The babies’ arrival marks the end of a long journey for the couple who turned to in-vitro fertilization earlier this year after their battle with infertility. Of the nine embryos created for implantation, doctors revealed that only two were viable, and of those two – one was perfect and one was good.

“They put both back to give me the best odds of one sticking so we would at least get one baby out of this since I didn’t have any eggs to freeze and this was probably our last shot at this. The chances of even getting one to stick was 40%,” Ashley recalled.

That is when their luck changed. With odds of about one in 70 million, both eggs had split to create two sets of identical twins – all girls!

The couple’s story went viral at the time when they share the photo of their reaction to friends. 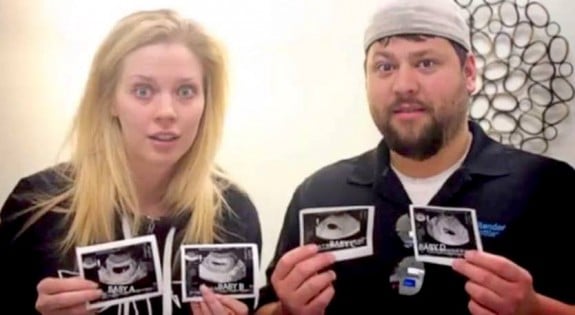 Over the past 3 months Ashley and her husband Tyler have stayed active on Facebook keeping their many well wishers up-to-date on their babies’ progress.

In October Ashley needed to fly to California after it was revealed that one set of her twins had twin to twin transfusion syndrome, a condition that causes one baby to have decreased blood volume – which can affect their growth and even result in death. At that time she underwent surgery to correct the issue and doctors also placed her on ‘meds to halt any contraction that might occur.’

Since that time the mama-to-be has been laying low on bed rest and did a great job of cooking her ‘4 little turkeys’.

On Christmas Eve Ashley celebrated a big milestone – 29 weeks gestation. Full term for quadruplets is 28-32 weeks so she did great getting to almost 30 weeks. 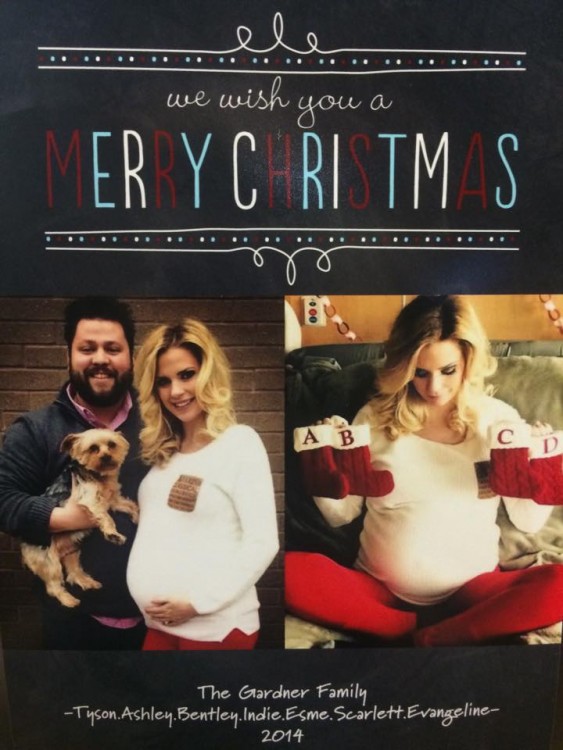 This afternoon the girls were born by C-section after doctors were unable to stop Ashley’s contractions.  Baby Indie weighed just under two pounds, while the other 3 girls, Esme, Scarlett and Evangeline weighed over 2lbs.

Currently that is all the information that has been released but as more details are released we will update you!