Last month, on December 29th, Jake Strickland lit three candles on a birthday cake for his son. But the little boy wasn’t there to blow out his candles because Jake has never met him. If his current lawsuit doesn’t go better than the last one, that may not change.

For Jake, it started back when he met the mother of his child, Whitney Pettersson, back in 2009. The two had been co-workers at a restaurant. 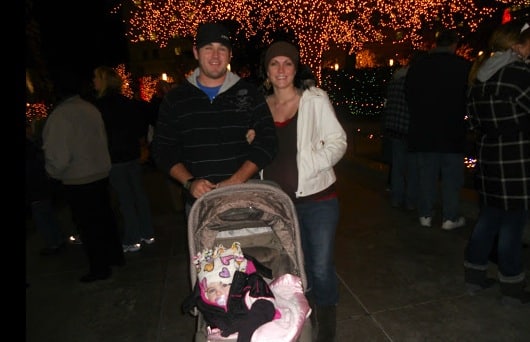 According to Jake, Whitney had complained of marital problems, and then claimed to have divorced. It was then that the pair had started dating. Three months later, Whitney reportedly sent Jake a text message saying she was pregnant.

Jake said that he had left for a temp job in Texas, but he had told Whitney that he would be present in their child’s life. He said he’d even started a fund for the child. But after Jake’s return to Utah, the couple broke up. They’d discussed parenting options and even agreed upon a name for the child. Jake also said that he’d told Whitney that he would consider signing up with Utah’s putative father registry, which is how unmarried men document with the state that they want their parental rights.

Jake never ended up registering. According to him, it was because Whitney had threatened to keep his child from him if he did. Reportedly, she said she “would view it as an act of distrust.”

During the pregnancy Jake prepared to become a dad by purchasing a travel system, decorating a nursery and collecting outfits, diapers and supplies for the baby. 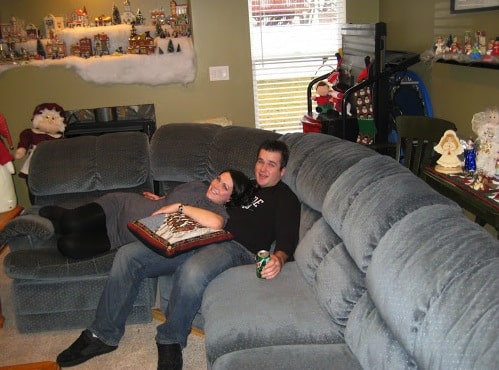 In the months leading up to the baby’s arrival Jake and Whitney attended family events, doctors appointments and even a baby shower for the baby together.  He paid her medical bills, bought her groceries and sat with her daughter in the waiting room during check ups.  On friendly terms, Jake believed that adoption was no longer something she was considering. He was wrong.

The day the baby was born the pair exchanged texts, with Whitney leading Jake that everything was normal, when really she was at the hospital in labour. She continued the charrade for 6 more days deceiving him to think the baby would be delivered by c-section on the 12th of January.

“Good still all set for the 12th at 7:30 a.m. right? I can’t wait any more!” replied Strickland, who’d been told the baby would be delivered by C-section on that day. 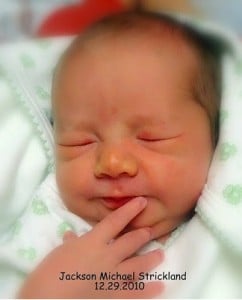 Then, on January 5th, 2011, Jake received a text from her stating she needed to talk to him.  It was then that he learned the baby had been born a week prior and had been given up for adoption to another couple.

Allegedly, she’d even managed to get her husband (whom she hadn’t divorced) to agree to the adoption by telling him that he would be the one stuck with child support if she kept the baby.

Kyle Rathjen, Whitney’s then-estranged husband shared the details of what he was told.

“I asked what would happen if I didn’t sign and the caseworker said I’d be responsible for the child, for Whitney’s medical bills,” Rathjen said. When he objected to the way Strickland was being misled, a caseworker told him to “stay out of it,” said Rathjen, now divorced from Pettersson. “I wasn’t supposed to tell him anything.”

Jake attempted to make a paternity claim to get his son. Unfortunately, he found out that his fight for custody was extremely complicated because he’d failed to register with the state for his paternal rights. So, despite the fact that the adoption was never completed (which Jake learned in November of 2011), Jake was denied custody by a 2nd U.S. District Judge. His case is now under appeal.

The lawsuit, which is not tied to the custody case, is a federal lawsuit in which Jake is seeking $30 million for the loss of parent-child relationship caused by the adoption and $100 million as a deterrent to ensure that other men don’t have to go through what Jake is currently going through.

According to Jake’s lawyer, Wes Hutchins, said that Utah’s paternal laws are downright oppressive. Fathers who try to gain custody of their children must first file a paternity test, obtain a sworn affidavit, create a detailed child care plan, and show proof of financial contribution during pregnancy, along with many other requirements.

Another father, Colorado dad, Robert Manzanares, is fighting for sole custody of his daughter. He claims that the mother had unfairly given up the child after fleeing to Utah.

Interestingly enough, these cases haven’t been enough to persuade Senator Todd Weiler that an overhaul of paternal rights needs to be made. In fact, he told NBC affiliate, KSL-TV, that cases like these “are one or two out of 10,000.”

“I don’t think it’s a good policy for the state to look at one or two exceptions and say, ‘Let’s change the laws for everyone,’” he said.

Jake might not agree. According to Hutchins, the ordeal has caused a great deal of pain.

“It’s pulling him apart,” Hutchins told NBC News. “They (Jake’s family) still think about him even though they don’t have contact.”