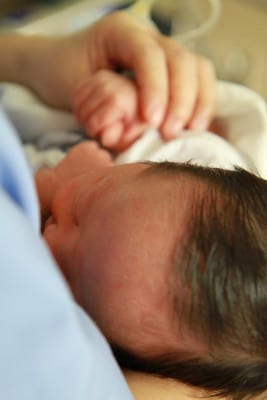 It seems that many states are following in New York’s footsteps; the state of Tennessee is planning an initiative to increase the exclusive breastfeeding rates in their hospitals. While not as conservative as the New York initiative, the Tennessee initiative does have some guidelines that hospitals will need to follow to be considered “participants.” Vanderbilt University plans to be one of those participants.

Hospitals must apply by September of 2012 to be considered a part of the initiative. Among other guidelines, all participating hospitals must track their breastfeeding rates and compare them with baseline data so that success of the program can be measured.

“By removing hospital barriers and providing better breast-feeding education, we can help more moms meet their breastfeeding goals,” said Anna Morad, M.D., co-director of the Newborn Nursery and assistant professor of Pediatrics. “We will track our breastfeeding rates monthly and try to determine what intervention impacts the rates and, hopefully, increases duration.”

While not the only hospital to participate, it seems that Vanderbilt is already ahead of the game. They started their breastfeeding initiative program back in January of 2012. In their self-imposed initiative, staff is to avoid setting time limits on breastfeeding; staff and providers are to encourage skin-to-skin contact between healthy infants and new moms within an hour of birth; all formula sponsored items like pacifiers, diaper bags and samples are no longer available in the nursery; rooming-in is encouraged; and mothers are informed and educated about the benefits of breastfeeding. The University also set a two hour quiet time in the post-partum unit to give new moms and babies a break from visitors and non-urgent hospital matters.

Based on their breastfeeding rates, it would seem that Vanderbilt University’s efforts are paying off; as of July 2012, approximately 50 percent of all infants discharged from Vanderbilt were exclusively breastfed, about 39 percent received both formula and breast milk, and only 11 percent were exclusively formula fed. They hope to increase their breastfeeding rates by at least 10 percent.

“A recent survey of our NICU patients showed that 92 percent had received some breast milk during their stay,” said Carol Humber, R.N., B.S., the lactation consultant for the NICU at Vanderbilt. “This is a noticeable improvement and it is really exciting to see the impact that the TIPQC projects have on our breastfeeding rates.”

Breastfeeding has been linked to many health benefits for both mom and baby; some of the most commonly mentioned include a decreased risk of diabetes, certain cancers, obesity, and SIDS.