A very pregnant Kimora Lee Simmons was photographed vacationing with her 3 kids; Ming, 14, Aoki, 12 and Kenzo, 5 and ex-husband Russell Simmons in St. Barts on Wednesday(December 18th). 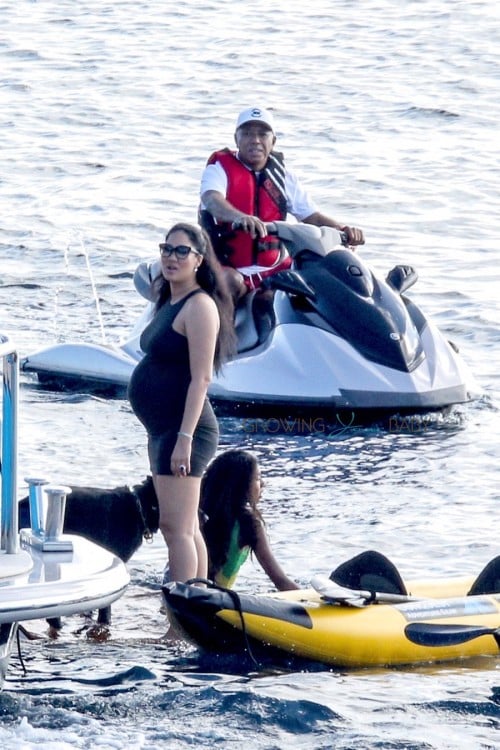 Six-months pregnant with her fourth child, first one with husband Goldman Sachs banker Tim Leissner, Kimora debuted off her growing belly in a black ruched dress while hanging out on a luxury Yacht. 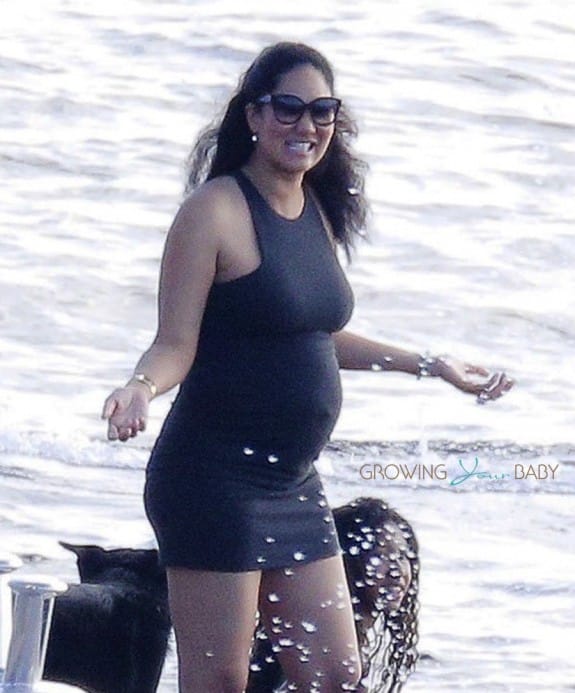 A tradition – the family vacations in St. Barts every year. Keeping this trip very low key, an eyewitness told E!News, Kimora is just focused on relaxation.

“She is not doing much. Eating, sleeping, enjoying family time.”

That sentiment was echoed in a tweet she sent out earlier this week.

The new baby will be the first child for Kimora and Tim, who were married earlier this year.