Home » Victoria Beckham At LAX With Her Crew!

Home time! Victoria Beckham was photographed arriving at LAX with her kids Brooklyn, Romeo, Cruz and Harper on Monday. 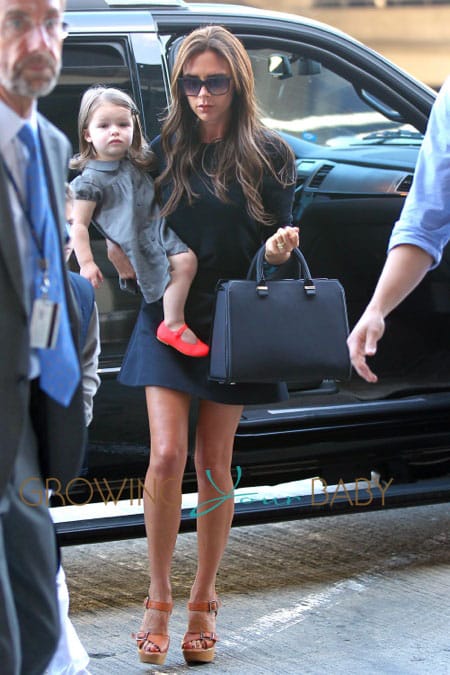 The singer turned designer was fashionable, as usual, in a black dress and tan sandals.  With Harper on her hip, she and her crew made their way through the airport.

The family, who have been in Los Angeles for a couple weeks, made the most of their last couple days.  Victoria and the boys were spotted going on all of the rides and having a blast at 6 Flags amusement park over the weekend.

Most schools in London were off for 2 weeks during Spring Break, so it is probable that the Beckhams wanted to enjoy their vacation time in Sunny California.

Ah, to be a little jet setter!