Most of the studies that look at video games analyze the negative impact. However, a new study that analyzed both the negative and the positive has found that video games may very well hold some benefits – but only if they’re played for short periods of time. 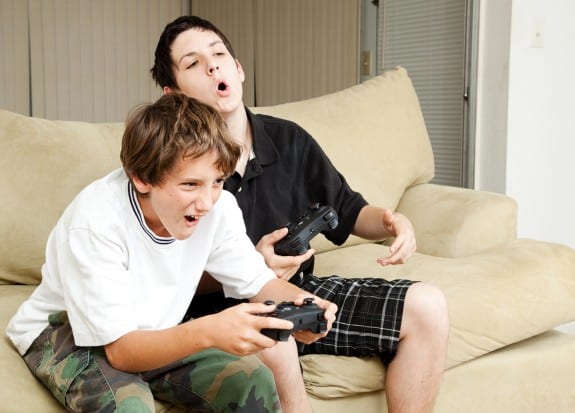 Conducted at the Oxford University in the UK and published in the journal Pediatrics, the study included almost 5,000 males and female children between the ages of 10 and 15. Each of the children were asked how long they spent playing video games and computer-based games. Children were also interviewed regarding how satisfied they were with their lives, their levels of hyperactivity, and how well they related to their peers.

Results showed that 75% of all teens in the UK played video games daily. Those that spent more than half of their free time were not as well adjusted as those that played for less time. Researchers suggested that this could be due to them missing out on other activities and being exposed to content designed for adults.

“These results support recent laboratory based-experiments that have identified the downsides to playing electronic games,” study author Andrew Przybylski, from the Oxford Internet Institute, told Medical News Today. “However, high levels of video game-playing appear to only be weakly linked to children’s behavioral problems in the real world.”

Researchers also found that teens who played video games less than half an hour a day had the highest levels of sociability. They had fewer problems with their friendships, and they had fewer emotional problems. This group of children also reported having the highest level of satisfaction with their lives, and their hyperactivity levels were lower than the groups of children that didn’t play games or played more than half of their free time.

“The small, positive effects we observed for low levels of play on electronic games do not support the idea that video games, on their own, can help children develop in an increasingly digital world,” Przybylski said. “Further research needs to be carried out to look closely at the specific attributes of games that make them beneficial or harmful. It will also be important to identify how social environments such as family, peers, and the community shape how gaming experiences influence young people.”