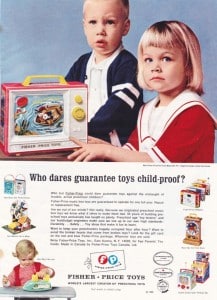 I love classic toys. Love the memories they bring back, their simple, yet incredible style and timelessness. While putting this post together for Fisher-Price about my favorite childhood toy I realized that my early years were full of their incredible toys.  In fact while going through vintage sites I also came across quite a few that I didn’t realize were made by them.

Over the last 80 years Fisher-Price’s toys have been a staple in many households. Now their classics can only be found in second hand stores, at grandma’s house and in doctor’s waiting rooms.

Favorites like the record player, chatter phone, xylophone and the snoop n sniff dog have been re-released in recent years and are available in store brand new.

The originals, however, can only be purchased online, at garage sales or through auction – if you can find them.

We have rounded up some of our favorite classics.  Do you remember these toys? 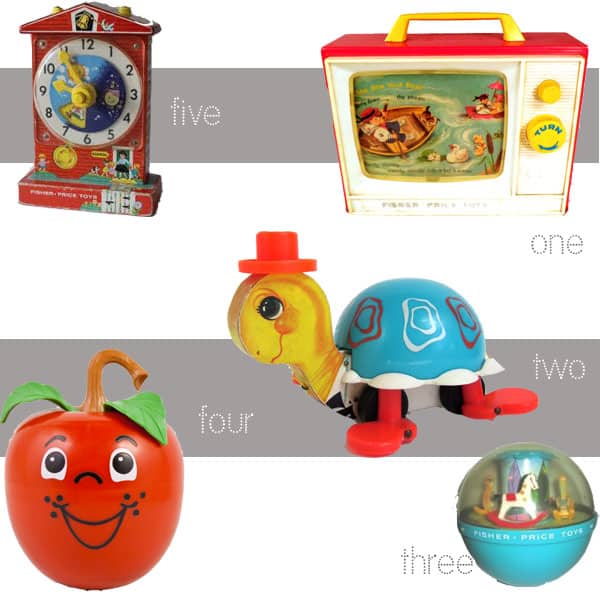 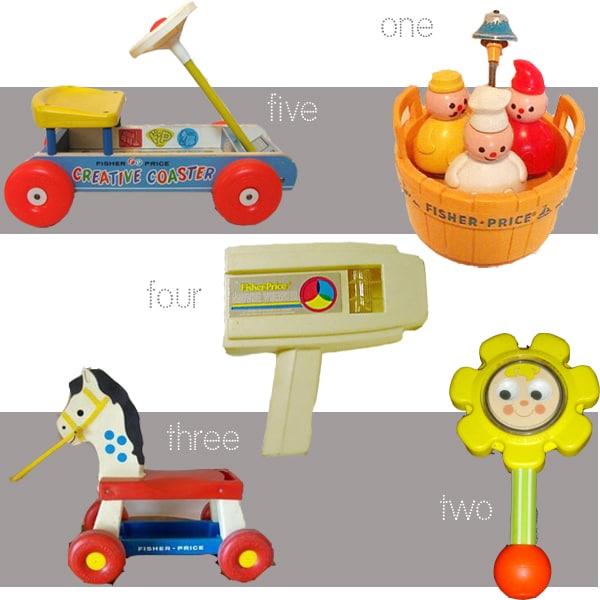 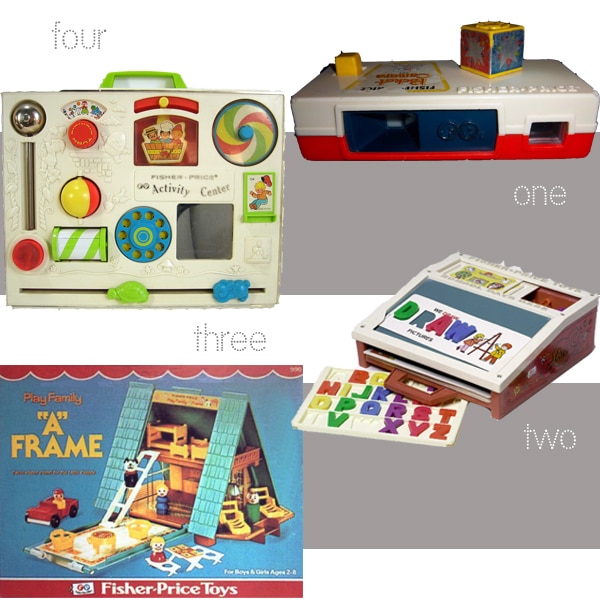 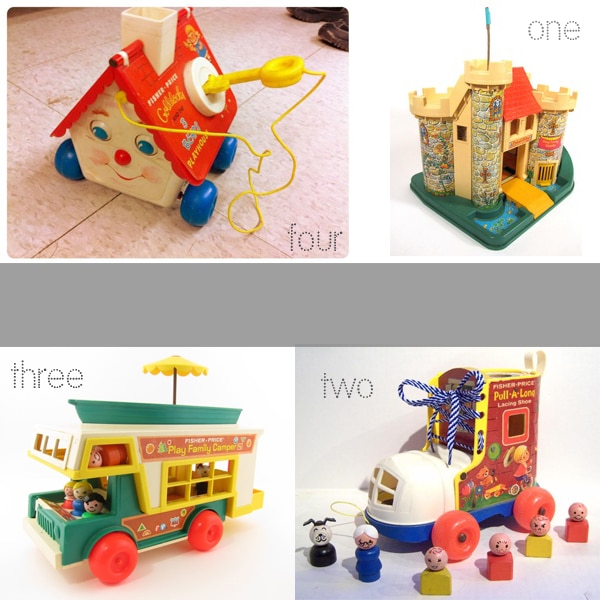 RESEARCH SOURCE
“Disclosure:  I am part of the Fisher-Price Play Panel and I receive special perks as part of my affiliation with this group. The opinions on this blog are my own.”