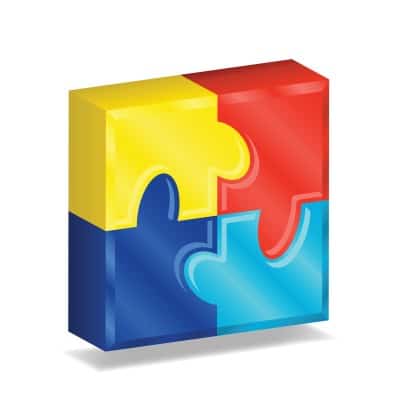 The events of last Friday morning in Newtown, Connecticut have left many heartbroken and desperate for answers. Debates about gun-control, school security and safety, mental health care and more have taken flight, and still we’re no closer to the answer we’re searching for: Why did this happen? Real, tangible answers may never come, but we still search, hoping to rediscover the sense of security we felt before last Friday.

Little is known about Adam Lanza, the 20-year-old man identified as the gunman in the Connecticut school shooting. Law enforcement officials do know that Lanza killed his mother and then went to the school where he killed 20 children, six adults and himself. One official, who spoke on a condition of anonymity because he was not authorized to talk about the details of the shooting during the investigation, leaked that Lanza had been diagnosed with Asperger’s.

Asperger’s, which has been melded into the autism spectrum disorder diagnosis, is often characterized by poor social skills, repetitive behaviors, communication deficits and narrow interests. However, unlike general autism, individuals with Asperger’s rarely have mental development or language delays.

Classmates from high school and others that knew Lanza described him as bright, painfully shy, anxious and a loner. Eric Butter of Nationwide Children’s Hospital in Columbus, Ohio, a psychologist who treats autism, says that this description is consistent with a diagnosis of autism. But while research indicates that individuals with autism are more likely to suffer from aggressive behaviors – shoving, pushing, outbursts and shouting – Butter says that the degree of calculation needed to pull off a mass shooting seems out of character for an individual with autism.

“We are not talking about the kind of planned and intentional type of violence we have seen at Newton,” Butter said in an email to Yahoo News. “These types of tragedies have occurred at the hands of individuals with many different types of personalities and psychological profiles.”

Experts like Elizabeth Laugeson, an assistant clinical professor at the University of California, Los Angeles, says that individuals with Asperger’s tend to focus heavily on rules and are often very law-abiding citizens.

“There’s something more to this,” she told Yahoo News. “We just don’t know what it is yet.”

Laugeson believes that the shooting may have had more to do with another diagnosis, which is actually somewhat common in individuals with autism. Mental health issues frequently diagnosed in autistic individuals include everything from depression and anxiety to bipolar disorder and obsessive-compulsive disorder.

“I think it is far more likely that what happened may have more to do with some other kind of mental health condition like depression or anxiety rather than Asperger’s,” Laugeson said.