Taking the kids out of school to travel is always something I stand behind because they will always learn more from what they see than what they hear about.  In October my son accompanied me on a work trip to the Big Apple and one of the things I was excited to do with him was show him some of the city’s incredible museums.  We are a huge fan of the Night At The Museum movie franchise so stopping by the American Museum Of Natural History was tops on our list.  One thing I do have to say, however, is the museum in the movie doesn’t have a lot of similarities to the real one, but he was able to point out some of his favorite characters as we came across them.

Our hotel was on 31st so I was thankful we were able to take the train right up to the Museum.  We entered through the Central Park West Entrance and my son was immediately taken by the Dinosaurs in the Theodore Rosevelt Rotunda. 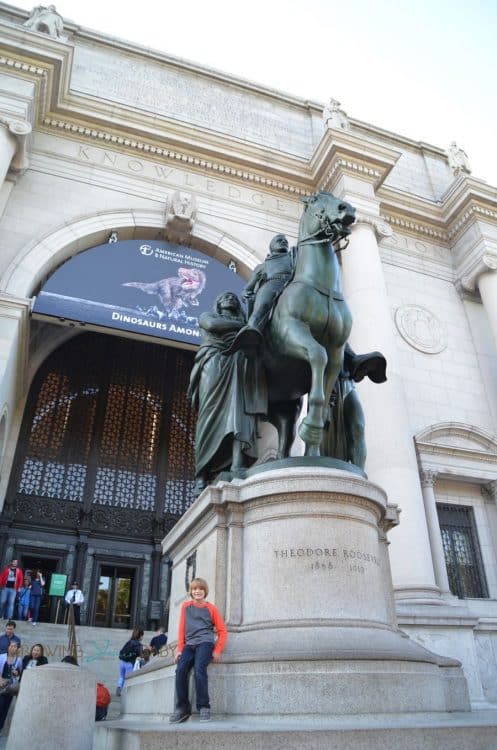 We entered through the Central Park West Entrance and my son was immediately taken by the Dinosaurs in the Theodore Rosevelt Rotunda. 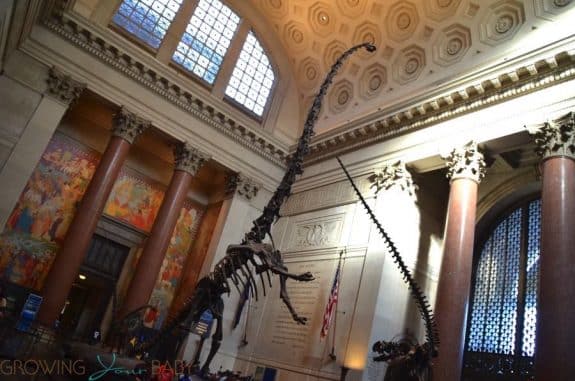 After paying we headed right into the Akeley Hall of African Mammals where a herd of elephants welcomed us. 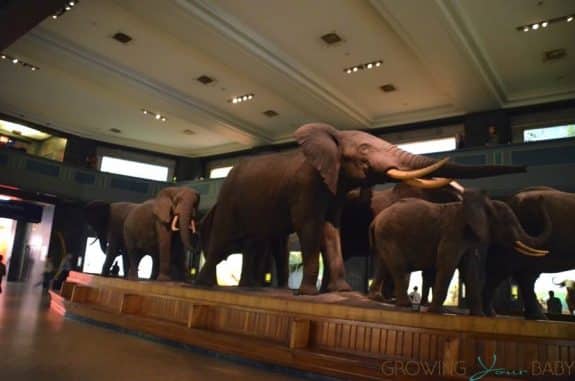 In the showcases around the room, we were able to check out many of the animals that call Africa their home.  These displays were done so well he kept asking me if they were real. 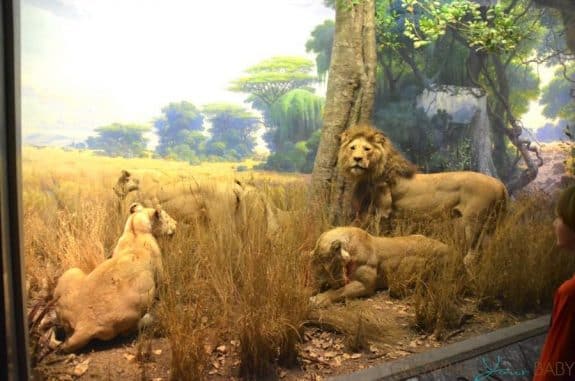 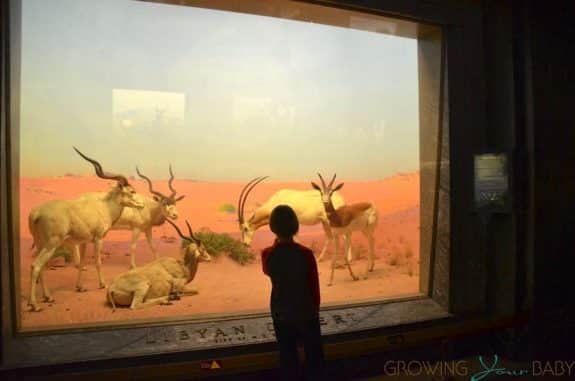 As we wandered through the adjoining halls I loved he was able to point out cultures and species he’d learned about at school, while learning about new customs and civilizations. 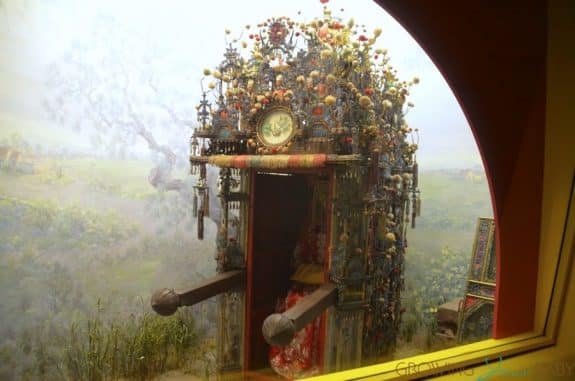 He even spotted The Easter Island Head and insisted I take a picture of them together. 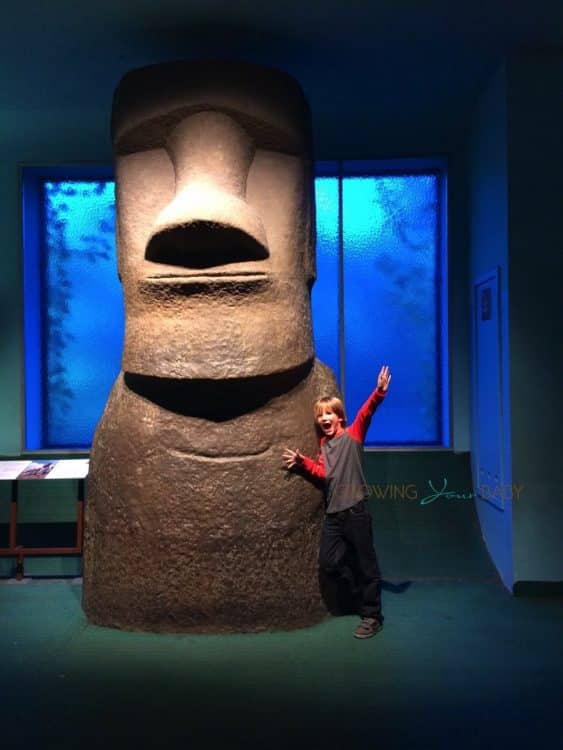 The big moment for both us was when we entered the Milstein Family Hall of Ocean Life.  Wow.  The 94 feet long fiberglass female blue whale took our breath away.  That paired with the blue glass ceiling and all of the displays on the two floors made the room our favorite to visit.  If you ever plan to do a museum sleepover this is where you will sleep – under the whale! 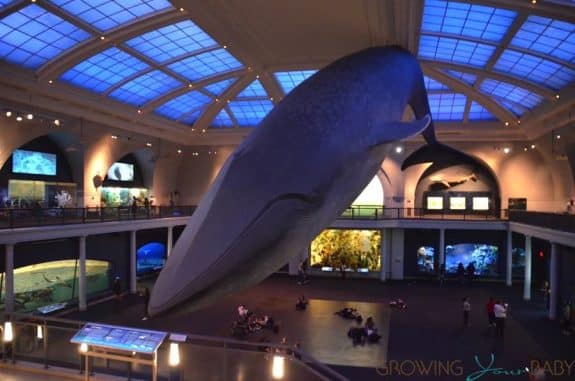 My kids love the ocean and we often watch documentaries on the various underwater species so he was electrified as he ran from each display.  The Dolphin and Tuna Diorama is pretty cool because it actually looks like they are in a water tank frozen in motion. 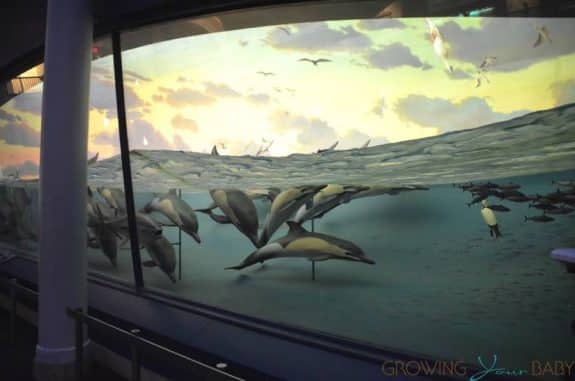 We visited the American Museum Of Natural History for about 3 hours and didn’t see every exhibit.  When we come back to the city I plan to see some of the galleries we missed.   The museum has 45 permanent halls and the Rose Center for Earth and Space so you may have to plan a full day to really take it all in. 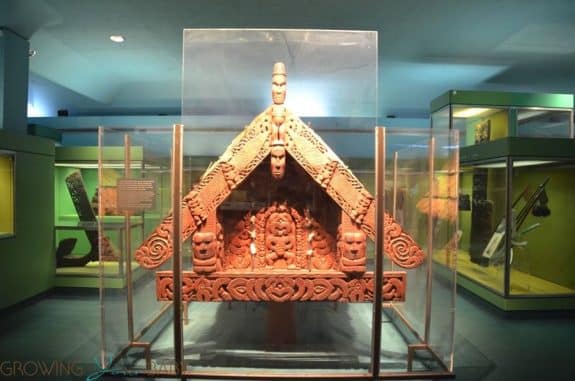 I want to thank Smart Destinations for providing my son and I with a 3-attraction New York City Explorer pass while we were in the Big Apple.  I loved the ease of use and it’s ability to allow us to go with the flow while we were in the city.   There is no need to pre-select the attraction you would like to see.  You just show up, have your pass scanned and go in.