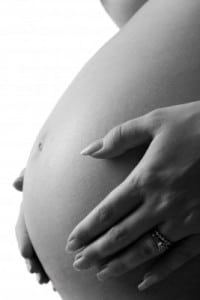 A recent study performed at the Division of Research at Kaiser Permanente revealed that weight between pregnancies may actually affect the chances of developing gestational diabetes with subsequent pregnancies.

Gestational diabetes affects approximately four percent of all pregnant women. It can cause the mother to be at a higher risk of developing high blood pressure during pregnancy and often leads to higher birth weight babies.

While these results can be a little alarming to women, the researchers working on the study indicated that they were not surprised. After all, being overweight is a risk for Type 2 diabetes, even in individuals that are not pregnant. Early intervention and proper education, however, can help to reduce the risk.

According to the study, the risk for gestational diabetes was actually reduced when women started their pregnancy at a healthy weight. This applied to both first and subsequent pregnancies. However, the researchers realize the serious challenges that many new moms face when trying to lose weight after pregnancy.

The solution may rest in proper nutrition education before, during, and after pregnancy. However, it is evident that, in order for women to lose pregnancy weight or reduce weight from obesity, serious intervention will need to take place to help women lose weight before and after pregnancy occurs.