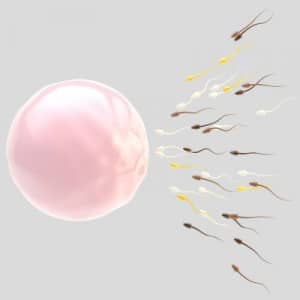 For years, doctors have advised that obese women lose weight to increase their chances of getting pregnant. This recommendation has been based on previous studies that have linked obesity to decreased fertility.

Unfortunately, there haven’t really been any large, long-term studies proving that weight loss actually increases fertility for obese women; the recommendation is based solely on speculation. Dr. Legro and his team wanted to determine the fertility effects of weight loss in obese women so they conducted a study involving 29 morbidly obese women within reproductive age. All of the women were set to receive a gastric bypass and all were followed prior to the surgery and two years after.

To be considered morbidly obese, an individual must have a body mass index of 40 or greater. At this point, the body has accumulated so much fat that serious health complications are a concern. To help reduce weight quickly (and thereby reduce the risk of further health complications), a gastric bypass can be performed. This surgical process helps reduce the size of the stomach, which reduces food intake. The rapid food reduction causes rapid weight loss.

To help them determine what impact weight loss was having on their fertility, researchers conducted daily urine samples over the course of a menstrual cycle. Ovulation rates were checked prior to surgery, and then again at 1, 3, 6, 12 and months after surgery.

Based on this information, researchers found that ovulation rates remained high throughout the entire course of the study. However, the quality of ovulation did not change; essentially, the weight loss had no significant effect on the ovarian cycle of the women.

“The effects of weight loss on reproductive function are more modest than we hypothesized,” Legro said. “In terms of ovulation, there doesn’t appear to be a window after surgery where fertility is improved. The door appears to be open at all times.”

Another interesting point is that women reported improved sexual function; the largest improvements were seen in sexual desire and arousal. Determined by answering a questionnaire known as the Female Sexual Function Index, researchers say that the improvements were independent of any changes in the body’s composition and hormone levels. Logically, it would make sense that the increase in sexual desire may somehow be linked to any possible increase in “fertility.” After all, it does make sense: intercourse does need to happen to achieve pregnancy.

“Other factors may be involved with infertility in obese women, such as diminished sexual desire and thus less intercourse,” Legro said.