A West Virginia couple had been wishing, hoping, and praying for a child. When they realized that they were infertile they turned to IVF for hope, but after four failed IVF attempts, the Palmisano’s were just about ready to give up on their dream of having children, when a friend of Sandi’s offered to be their gestational carrier.

Philip and Sandi Palmisano had known from the moment that they were married, that they both wanted to have children together. However, their hopes of becoming parents were quickly dashed. Sandi says “Quickly, things were going nowhere, negative test after negative test.” 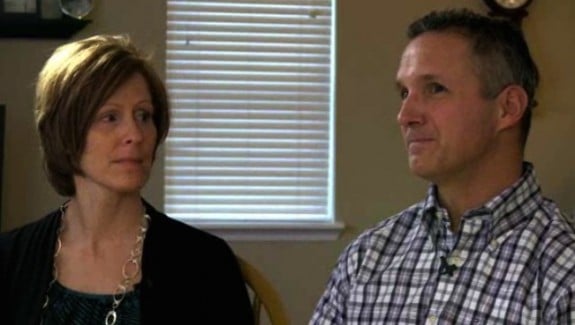 But unbeknownst to the Palmisano’s another couple, Andrea and Mark Rivas lived just mere miles away in Maryland, and were also excited to start a family, but were experiencing the same problem. Andrea recalls, “I ended up getting pregnant one time and had an early loss, a few months after that we decided to seek help.” 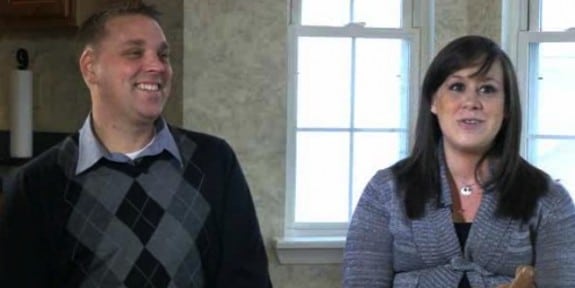 When both couples sought the help of Shady Grove Fertility Center in Washington, D.C. they had no idea their lives would soon be connected forever. Turning to the fertility center’s Facebook page for support during the IVF process, the two couples had found each other in 2010 and began forming a friendship. Andrea recalls how she felt “Once I started talking to her, I was like ‘Oh my gosh, here is someone going through the same things.” Over the next couple of months, their friendship blossomed. Then the Rivas received some incredible news – they were pregnant with twins. 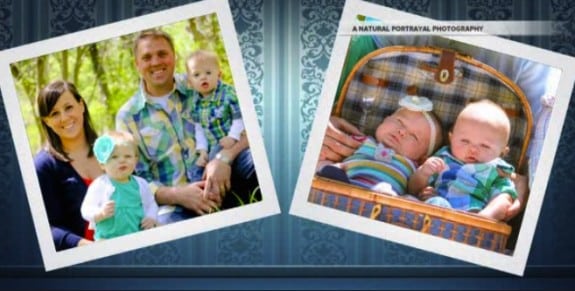 The Rivas’ twins, Connor and Avery are now two years old. Unfortunately, the Palmisano’s did not experience the same result and endured four failed IVF attempts. That was when Andrea had offered up the greatest gift to Philip and Sandi, and offered to carry for them. She says, “I just kind of blurted out, ‘I’ll do it! I’ll carry for you.’” Both couples began the process again, but this time together. Eight months later, Andrea became pregnant, but unfortunately lost the pregnancy. Determined to give her best friends the gift of life, so she pressed on and went through two more cycles. 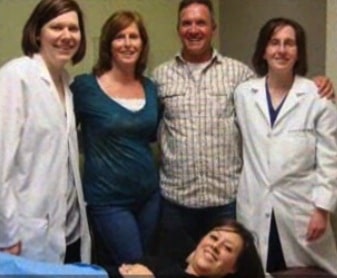 The third time was the charm. Andrea recalls her feelings “I can remember seeing the images come up on the ultrasound.” This time around, there was another surprise; two heart beats. She was carrying the Palmisano’s twins.

Philip recalls “We knew we would be life-long friends no matter what the outcome.  It seemed like it was never going to get here.”

After the big delivery day had finally arrived he added “When we were at the hospital, it was surreal.” Sandi remembers that day vividly, saying “It’s a moment that’s really touching.” Andrea adds “She got to be there when we heard them cry for the first time, I wouldn’t have had it any other way than to have her with me.” 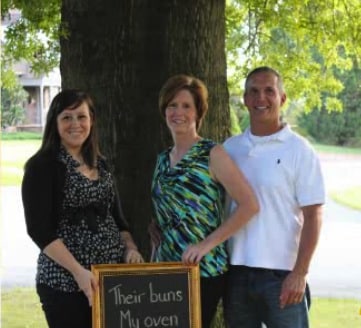 Sandi stayed in the room throughout Andrea’s labor and was present when Andrea delivered 7-pound EmmaLee and 6-pound Grayson. Both husbands waiting room, both waiting to meet the newest little bundles of joy. Mark recalls Philip coming over to greet him, “He came up to me and was going to shake my hand, and I was like ‘Gimme a hug man!’”

These days, Sandi enjoys the advice she receives from Andrea, saying “She’s been a great teacher on how to raise twins and care for them.” Both couples stay in contact with each other and visit a few times a week. Andrea is happy that her children and the Palmisano’s children will be close, saying “Now we have four miracles between all of us. We call them cousins now!”

Sandi and Philip are now enjoying their new life as parents, only getting four hours of sleep a night after changing 22 diapers, using 40 wipes a day, and preparing 16 bottles daily for their newest little loves.