Home » What Is Dry Drowning? What to Look For

Dry drowning – also known as secondary drowning – can occur when a person is on land. It’s the result of ingesting water that is left in the lungs and causes an edema, or swelling. When the air passages in the lungs are filled with water, they are unable to exchange oxygen to and from the blood. This causes blood oxygen levels to drop and the heart to slow, resulting in cardiac arrest. The lack of oxygen is the culprit and the most common victims are young children. 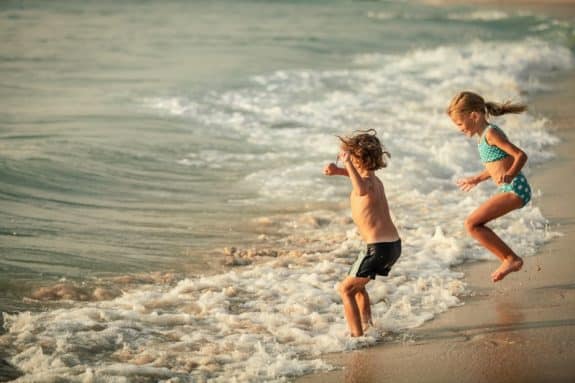 It’s difficult to predict unless we see the child obviously struggling in the water. Symptoms of this dangerous condition usually appear between 1-24 hours after the water ingestion incident. Here’s what to look for:

Just a week after swimming during a family vacation, 4-year-old Frankie Delgado died of dry drowning. The child was playing in knee-deep water when a wave knocked him over and his head went underwater briefly. A family friend picked him up and the boy said he was ok. Frankie continued to splash and play for the rest of the day.

The next night Frankie began to vomit and had diarrhea. His family thought it was a stomach bug so they treated him at home. Doctors now suspect those symptoms were from bacteria in the water the child inhaled on the previous day.

As his symptoms persisted, Frankie complained of shoulder pain. His family grew concerned and planned a doctor’s visit.

Before that could happen, Frankie’s dad says the boy woke during the night and “Just looked at me. His eyes rolled back and he took a breath, but never exhaled.”

They rushed him to the hospital where medical staff spent more than an hour trying to resuscitate him before he was pronounced dead.

Water was found in his lungs and around his heart. The grieving parents were told that Frankie’s death was a dry drowning.

His father, Francisco Delgado, told the tragic story to CNN.com in hopes it would raise awareness among other parents and prevent other families from experiencing the pain of losing a child. A GoFundMe account has been set up to pay for Frankie’s funeral expenses.