A record-setting outbreak of whooping cough in California last year has prompted researchers to question the effectiveness of the last shot. 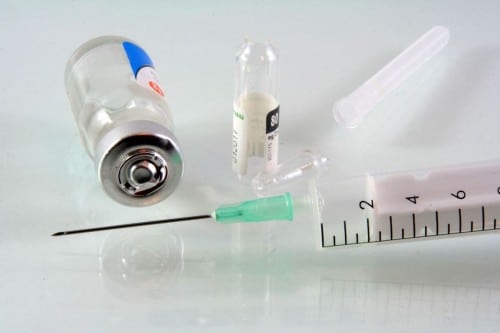 Among the outbreak, the most confusing cases were the children between 7-10 years old. Children in this age group were catching the whooping cough virus at a larger percentage than experts had estimated would happen. Because of this, some are looking at how long the vaccine and its booster shots actually work in humans.

For more children, the whooping cough vaccine is administered at around 2 months old. After that, children receive booster shots as they grow until the last shot between ages 4-6 years old. This should provide protection from the virus for several years. However, not everyone seems to be as protected as they should be.

“The big question for the vaccine is, how long does it protect you for?” said Dr. Tom Clark, a medical epidemiologist and whooping cough expert with the U.S. Centers for Disease Control and Prevention.

It is little surprise that young infants have a higher rate of infection from whooping cough. A child typically needs at least the first three of the shots to have a strong immunity against the virus. With the shots being given at 2 months, 4 months, 6 months, between 12 and 18 months and the last when the child is between 4 to 6 years old, the rates of infection usually drop to 50 cases for every 100,000 for children between the ages of 6 months and 6 years. The shocking part is that this rate goes back up for children between 7 and 11 years old.

Researchers are still looking at the infection rates to decide how they will handle this issue. One proposed solution is to lower the age of the next booster shot. Typically, preteens around age 12 are given another whooping cough booster to continue the protection. Lowering the age of this may help reduce the cases that are appearing in between.

Officials from the CDC are working with state authorities in California to determine how effective the last booster shot really is before they make any conclusions.- Summer, staff writer