Pink(Alecia Moore) and husband Carey Hart were spotted taking their daughter Willow out for breakfast at Coogies in Malibu, California on Sunday(September 22). 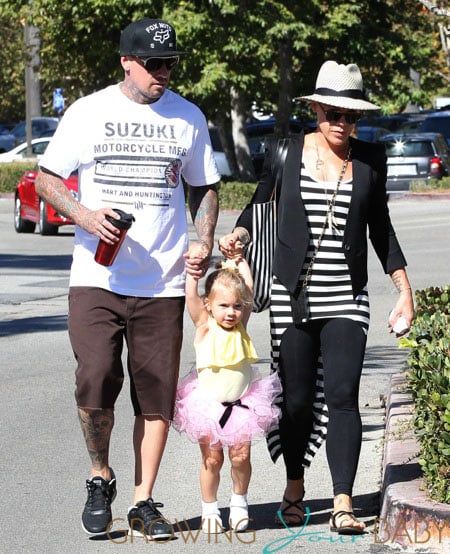 Willow was cute in a yellow shirt and pink tulle tutu.  She walked in between her parents and enjoyed being swung into the air. 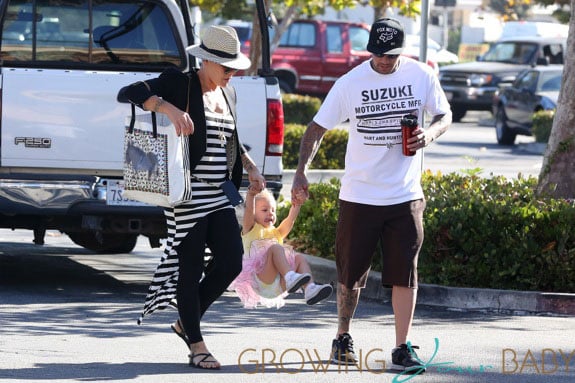 For the last 7 months the family has been on the road while Pink toured all over the world. Billboard notes that when the tour wraps in December, she will have played 140 shows in 13 countries.

If you weren’t able to attend the concert when it was in your area, EPIX will be showing a concert special premiering Dec. 7.

The special (110 minutes) gives fans an in-your-face look at P!nk’s high-flying and record-setting tour in support of her sixth full-length album, “The Truth About Love”.

Home now for just a week from a 3 month stint in Australia, Pink will kick off the 4th Leg of the tour in California in October. She will play 30 concerts in the United States and 9 dates in Canada, before wrapping up in Atlanta on December.

A fixture backstage, Willow was photographed in July watching her mom perform from the side of the stage at the Adelaide Entertainment Centre. 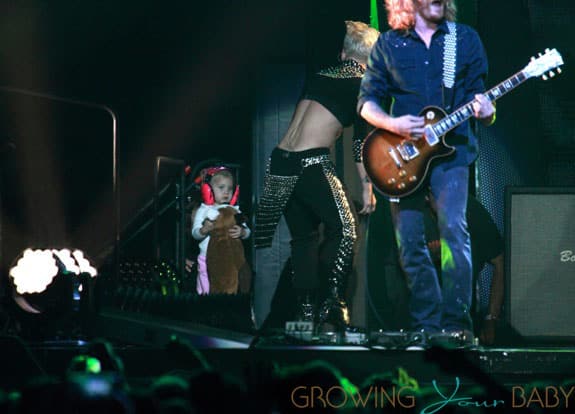