Allanah Earley, 36, is accused of bringing her baby to a bar where she had seven drinks. She then wandered out into the cold with the baby, and eventually brought the child to a friend’s house, where she breast-fed the 3-week-old infant while still intoxicated. 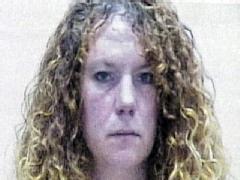 “As soon as you start nursing the child, you know everything that goes in you can be affecting the child, whether it’s an aspirin or cup of coffee,” Guilford resident Susan Welsh said.

Police said friends at the bar called police because they were worried about the intoxicated mom. When officers arrived, police said she was unable to stand upright and was near-combative with officers.

The new mom was charged with risk of injury to a minor and remains held on a $10,000 bond. Police said more arrests are possible in the investigation.