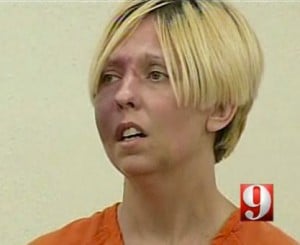 A Daytona Beach woman has been charged with neglect after patrons at a local bar accused her of leaving her child alone while she went drinking.

Police in Volusa county reported that Sarah Cheek left the toddler in a stroller outside Crooks Den, as she drank beer.

While appearing in court, she told the judge she was looking for a job and that she only stepped inside for a moment.

“I was two feet away from the bar, opened the door asked ‘Hey when is your manager going to be in because I’m going to be in, because I want to apply for a job and then…” Cheek said. 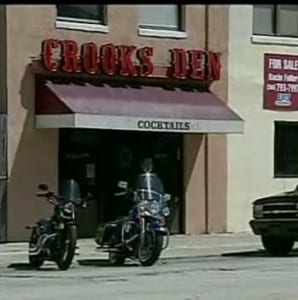 Patrons of the bar, however, had a different story. They told investigators that the child was sitting in a stroller alone on the sidewalk outside of a bar, while her she sat at the bar for almost 20 minutes.

“You won’t believe what’s going on over there,” Reed Roberts told the police when he called. “They’ve left a kid out in the stroller and it’s starting to rain.”

“The kid could have sat there for two hours and just been rained on,” Reed he said after

“Number one, that’s no place for a kid. Number two, you don’t leave children alone. Number three, it’s no good when it’s raining on them,”

The Department of Children and Families is investigating the case. Cheek, whos relationship to the child is not known, has a $5,000 bond and is charged with child neglect.